LONDON: Here are 10 people, places and things named in honor of England King Charles III.
He is known as Prince Charles, Prince of Walesbefore taking the throne on September 8.
Uninhabited and extremely cold, the 78th largest island in the world is located in the northern Canadian territory of Nunavut. The low island, with an area of ​​9,521 square kilometers (3,676 square miles), was first sighted by a tugboat in 1932, then rediscovered in 1948 by a Canadian Air Force photo squadron and named after the newly born prince.
The daughter of the eldest son Prince William is named Charlotte Elizabeth Diana after her parents William and Queen Elizabeth II. She was born on May 2, 2015.
A 2011 change in the law on the order of succession meant she could not be overtaken by her younger brother, Prince Louis, born in 2018.
The Antarctic glacier, in the Queen Elizabeth Range named after his mother, flows north for about 18 kilometers. It was named by the New Zealand Geological Survey’s Antarctic Expedition 1961-1962.
Discovered in 2008 among specimens collected for the museum, hyloscirtus princecharlesi, a species of frog found in Ecuador, was named in honor of the prince in recognition of his merits advocating for conservation. rainforests and the fight against deforestation.
The new king is known to be outspoken about modern architecture and in 1984, when he described a proposed extension to London’s National Gallery as a “monstrous tunnel”, the This has forced a rethink.
The Architecture Design Carbuncle Cup awarded by Building Design magazine for Britain’s ugliest building completed in the previous 12 months.
Charles founded the charity in 1976 with a naval grant of £7,500. The trust aims to build the confidence and motivation of disadvantaged youth by providing training, mentoring and funding programs. The trust has helped more than one million disadvantaged youth find work.
The only independent cinema in London’s Leicester Square that hosts UK film premieres, PCC regularly hosts singlealong screenings of films such as “The Sound of Music”, “Grease” and “The Rocky Horror Picture Show”, with audiences dressed up as characters.
It opened as a theater in 1962, before becoming an erotic cinema, hosting Britain’s longest running “Emmanuelle” film.
The carrier, launched in 2017, is identical to HMS Queen Elizabeth. The pair are the largest ever British warships.
The 65,000-ton vessel can carry 36 F-35B fighters and four Merlin helicopters. She broke down at the end of August 2022, suffered significant shaft damage, and had to return to Portsmouth.
Britain’s most powerful steam locomotive will be operational by 2025.
The £6m publicly funded project is recreating the Gresley-grade P2 Mikado, of which six were built in the 1930s.
Charles has been a big supporter of the project and the new locomotive was named to mark his 65th birthday.
The Royal Trek route is named after Charles and his entourage who explored the route in 1980.
The hike from central Pokhara into the Annapurna region can take four or nine days and is up to 2,200 meters.
There is also a Charles Point The observatory is in southeastern Nepal, with breathtaking views of Mount Everest.

Some experts say targeted ads on streaming services could be crucial in the 2022 US midterms, as others worry the ads evade federal regulation and oversight (Natasha Singer/New York Times) 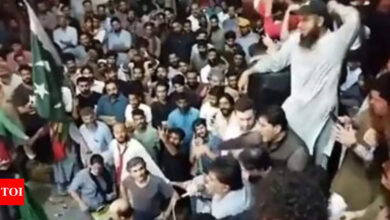 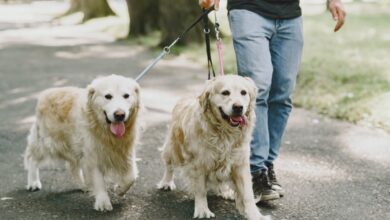 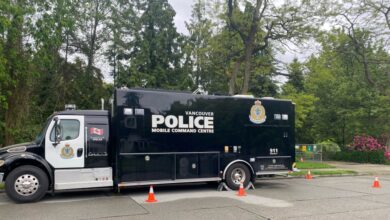 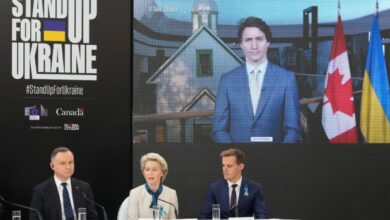