A young Utah girl died by suicide in November 2021 after she was bullied by classmates and teachers for seemingly emitting an odor. Now, the school district has finally released the results of its investigation into the bullying that allegedly led to this horrific loss.

As we reported, Isabella “Izzy” TichenorA 10-year-old Black girl with autism – sadly passed away last year following multiple incidents of bullying at Foxboro . Elementary School in North Salt Lake, Utah. According to the girl’s mother, Brittany Tichenor-Cox, Izzy is constantly bullied due to her race and disability – and even the student’s teacher gets involved in the bullying! What the hell?

Related: Woman Thought She Had a Stomach Bug – She Gave Her Baby In A Hotel Room Instead!

To get to the bottom of the situation, an investigative report was commissioned by Davis School District and performed by a three-person evaluation team. They have now confirmed that Izzy has been told by classmates and a teacher that she smells! That said, they couldn’t find any “direct evidence” that those remarks were based on her race or autism. The report states:

“Issues related to race, disability and poverty sometimes intersect and when they do, can further complicate already difficult situations. It can be very difficult to separate one from the others. “

With that said, they add:

“When a student tells Izzy she needs to wash her hair, the comment may stem from racial hostility, it may be an innocuous observation, or it may be an insult. poverty clock.”

According to reports, a special education teacher told Izzy that she had smelled it and asked if she had taken a shower. Because of these remarks, the child began to spray himself Febreze before going to school.

Sadly, there are many other instances of bullying as well. The report found that the school’s teaching staff did not show “practical knowledge” of the district’s definition of “bullying” and that the environment that allowed bullying behavior was “underreported, not investigated.” and not remedied”. Too terrible. When Foxboro Elementary School received reports of alleged bullying – such as from Izzy’s mother a few months before her death – they were slow to respond. In fact, they didn’t even make an official record of these bullying incidents until after students die by suicide. Gosh.

According to Brittany, Izzy was first bullied in September 2021. At the time, a student allegedly threatened her and her sister, telling them he had a gun, the report details. . His backpack was searched by the school and surveillance footage was reviewed, but there was not enough evidence to support the claims, so the boy faced no consequences. Just a week later, Brittany called the school back with more accusations against the same child, saying:

“It was a student who called Izzy’s sister ‘the letter N’ and touched her.”

After receiving a phone call from the upset mother, the school spoke to two “potential witnesses” but was unable to confirm what really happened. However, they determined it was “highly likely” that it happened and suspended the bully and forbade him from having breakfast in the canteen. Tichenor-Cox’s children and the student also signed a contract agreeing to avoid each other. Interestingly, the report explains that of the 40 people interviewed in the survey, none of the staff or students felt Izzy was bullied for being black or having autism.

In addition, Izzy’s autism diagnosis was not finalized prior to her death. Brittany is said to have requested an assessment in the fall of 2020 but never declined observation or testing. Another request was made in September 2021. The process began the following month but was not completed before the child’s death.

Weeks after Izzy’s death, Judicial discovered a related pattern of harassment within the district. According to an investigation that began in July 2019, black and Asian-American students were harassed for many years in that school district, and complaints from students and parents often went unresolved. . The findings were published in October, just a month before Izzy died of this alleged harassment. In response to the unpleasant report, Davis School District told CNN:

“We pledge to continue our ongoing and extensive efforts to promote a welcoming environment for all students in the Davis School District.”

The review team recommended key training for the district, including staff teaching how to identify and address bullying, providing diversity and equity sessions, and “training on status poor, informed about trauma”. We sincerely hope that changes will be made at this school. It is shocking to see how many children are reported to have been harassed in this county.

One GoFundMe The page was set up to raise money for Izzy’s parents. To support the family, watch the fundraiser THIS. We are sending love to all of Izzy’s loved ones as they continue to fight for justice for the 10-year-old. She can rest in peace.

What we want in Kingdom Hearts 4 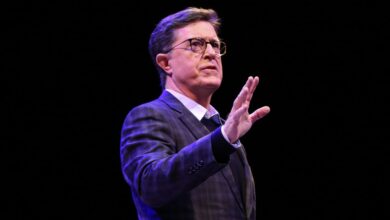 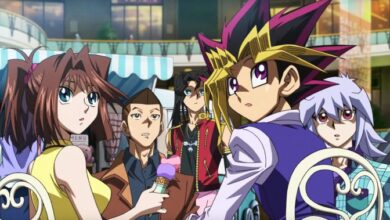