Atithi Bhooto Bhava is the story of Srikant Shirodkar (Pratik Gandhi), a stand-up comedian who has a hot, cold relationship with his flight attendant girlfriend Netra Bannerjee (Sharmin Segal). Life takes a different turn when he comes into contact with a Sikh ghost, Makhan Singh (Jackie Shroff). Makhan considers Srikant to be his reincarnated grandfather, who passed away in 1975. Makhan was just a teenager at the time and had fled to Mumbai because he couldn’t bear the loss of his deceased grandfather’s twin. and his girlfriend is engaged to someone else. Now he wants to go back to Mathura to see his beloved one last time, because he feels that is what keeps him rooted in the earth. Shrikant begins the trip with Netra and his mate Sucharita (Divinaa Thackur). The trip from Mumbai to UP taught all three friends some essential life lessons. They realize the value of friendship, of family, of true love and become better people in the process. Srikant and Netra also come closer as a couple, which may be what Makhan Singh intended from the start.

Movies with friendly ghosts have been made before. Chamatkar (1992) and Phillauri (2017) immediately come to mind. Atithi Bhooto Bhava kind of legacy continuation. In an age where toilet humor and harshness are plaguing, you smile when you see a ghost thrown out of a car because he wasn’t wearing a seat belt. In addition to the light humor that accompanies the silly, the film is also armed with gay relationships. It was also a joke because Makhan was repeating what his grandfather had taught him to someone he believed was his grandfather. The film keeps it simple, with Makhan not intervening much and letting the couple work through their relationship problems on their own. It’s a good movie from start to finish as nice people become more beautiful towards the end.

The film relies heavily on the charisma of Jackie Shroff. He’s totally likable like a friendly ghost. The man can definitely act and get into his character with a single touch, keeping things simple, reacting to co-stars and situations, staying true to the story throughout. What can one say about Pratik Gandhi? He is a complete actor who not only adjusts his voice properly – younger and older versions sound different – but also speaks properly both Punjabi and Marathi. His current form is like that so he can’t do anything wrong. He shares an easy on-screen camaraderie with Jackie Shroff in the film, which is important, as he is said to be the only one who can see ghosts. Sharmin also looks convincing as a girl who has trouble adjusting to her man’s quirks. She and Pratik became a real couple. Their problem is that everyday problems are blown out of proportion and the actors complement each other in performances. Divinaa Thackur has the power of an understanding best friend.

The movie could have been more interesting with the character of the ghost by using better special effects but without losing the opportunity. Athithi Bhuto Bhava is not a funny comedy but will definitely bring a smile to your face…


Story: ‘Atithi Bhooto Bhava’ is about a stand-up comedian who, while in a drunken state, encounters a ghost. Things take a strange turn when the ghost asks the comedian to come forward to help him reunite with his long-lost love.

Review: ‘Atithi Bhooto Bhava’ is one of those movies that tried their best to make sure that the scenes in the movie were perfect and everything went in the right place, but it ended up being the opposite and everything really fell into place. disheveled condition. The end result is far from satisfactory. Director Hardik Gajjar uses an old formula and tries to create his own twist to the story. A friendly ghost meets an ordinary man and the events that follow can best be described as a cliché subject.
This comedy-drama tells the story of a famous comedian, Shrikant Shirodkar, who is in a living relationship with Netra, an air hostess. While Netra follows a daily work routine, Shrikant takes care of the household chores, including cooking. Although Shrikant is very committed to Netra, his “shrug” attitude sometimes acts as a major shortcut for Netra, which often leads to fierce fights between the two. One day, while on his way home, Shrikant met Maakhan Singh, a 55-year-old Sikh who helped him by making sure he got home safely. He didn’t realize that the man was a ghost and that in another life, Shrikant was his grandfather. He offers to leave his house on condition that he help him reunite with his long lost love, who lives in Mathura. A lot happens in the journey from Mumbai to Agra, and that is the crux of the story.

While the film sparkles in a few scenes, it remains dead wood until the end. This movie is still mostly a comedy, but the giggles are few and far between. The film uses fairy tales to move the story forward. The only chuckles this movie manages to deliver are through a bartender and a maid. Prateek Gandhi and Jackie Shroff feature in virtually every frame of the film, and one must not forget that comedy is not their greatest weapon.

Take this sample – there is a passage in ‘Atithi Bhooto Bhava’ where a Punjabi character asks his woman for love”Tumhara roka ho gaya? “. The answer he was greeted with was “Kisi ne roka hi nahi. Now this also shows the mood of the dialogue in the film. A doctor crying at the sight of a ghost and Jackie entering the body of a Dhaba mistress and then speaking in a masculine voice is not the right tool to evoke laughter. The movie really tries too hard on many fronts to evoke laughter, but one sees through and finds out that it doesn’t work.

Prateek Gandhi transformed into a character almost like a ‘dad’ and brought many different results. He delivers a heartfelt performance, but an average scenario prevents him from reaching his full potential. Apparently Jackie Shroff knows pretty well what he’s getting into. He must have realized that the role was a cakewalk for him and thus didn’t put in much effort, ending up looking more like an average performance. It’s a bit of a mystery that the director didn’t give much screen space to Anuradha Patel, who appears at the end for a few minutes of dialogue. One just wishes that Hardik Gajjar and his team would work more on the movie’s script and perfect it.

‘Atithi Bhooto Bhava’ is a movie that can be watched at any time without expectations. It doesn’t tax your brain but at the same time, it doesn’t do any good either.

'Instruments of choice': The ever-changing combination of COVID variants means treatments are getting less and less effective this fall 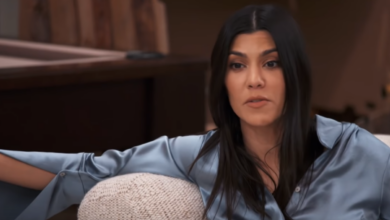 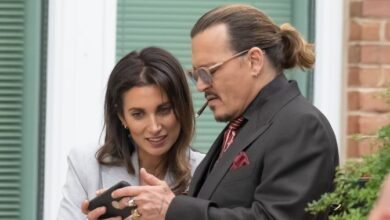 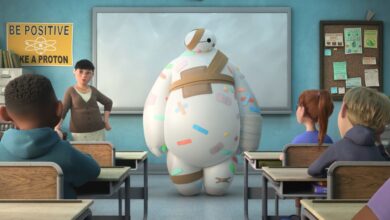 How to Watch ‘Big Hero 6’ Sequel to ‘Baymax!’ on Disney+ for free online – The Hollywood Reporter 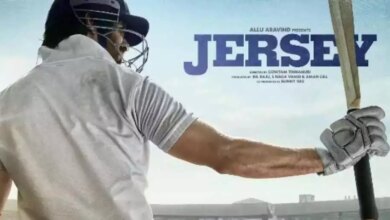 Shahid Kapoor comments on the box office clash between Jersey, KGF 2 and Beast