“Ball has no cover, he has no cover-up – he has to make decisions in a split second,” Timothy Grace told The Daily Beast in an interview Tuesday night.

“Now my poor client is in a situation – now he has to live with this where he has to shoot a 13 year old kid,” he added.

But an attorney for the teen’s family — known only as “AG” in a federal lawsuit against the city and the officer, whose identity The Daily Beast first reported — says they have look at the video evidence and that it tells a different story.

On May 18, the boy was chased by officers while walking to a Marathon gas station on North Cicero Avenue in Chicago’s Austin neighborhood. AG fled the side of a passenger van after police stopped the vehicle, who is suspected of being involved in a carjacking the day before.

According to previous surveillance video obtained by The Daily Beast, after racing into the parking lot and raising his hand, the boy turned right towards the pursuing officers. In an instant, he was shot down.

That makes him the latest teen to be shot by the notoriously troubled police force behind a string of serious shootings against young men and boys of color in recent years. And while he survived the encounter, “AG” may never walk again, according to Andrew M. Stroth, an attorney representing the teen and his family.

The video obtained by The Daily Beast – from a security camera pointed from the other side of the parking lot – is the clearest look at the incident that has been released to the public. The video shows AG’s hands clearly raised, but it’s unclear if the boy is holding the phone in his hands.

A witness previously told a local ABC affiliate that The police asked AG to raise their hands, and that he followed the instructions. “I got it all on my phone – he raised his hand. He doesn’t have a gun. They shot him for no reason,” they said.

For his part, a few weeks before shooting the unarmed teenager, Police Ball had praise by the city’s largest police union for helping arrest an alleged murderer.

Grace, his attorney, thinks his client was fearing for his life when he opened fire.

“To say that [AG] I would argue that raising your hands in the air is a complete misrepresentation of the video,” Grace told the Daily Beast, referring to the body-worn camera footage that has not yet been released to the public.

Grace added that the officer was also yelling at the teen to “put down the gun.”

“And then personally enter the gas station, turn around and point [what he believed to be a gun] in a shooting position back to Noah Ball — that’s what happened,” the attorney stated.

Grace also stated that the teen did not raise his hand, but did not object to the fact that no weapon was found at the scene.

In a Tactical Response Report filled out by police the day after the incident and obtained by The Daily Beast, Ball said he considered the youth’s phone a gun. But he also indicated that the shot he fired was from “an armed subject” and to protect both himself and his teammates.

According to the City’s Civil Police Accountability Office (COPA), an independent agency that investigates police misconduct in Chicago, no weapons were recovered at the scene. Police Superintendent David Brown confirmed the day after the incident that no one opened fire on the officers.

Stroth, the boy’s attorney, told The Daily Beast he reviewed all of the video evidence, including body-camera footage and eyewitness video, with the boy’s mother at COPA’s office. He said they saw no sign of the cell phone in the teen’s hands and wanted all video evidence to be made public.

The city had previously denied their request, citing that AG was a minor, he said.

The Chicago Police Department, which earlier Tuesday announced the final version of its new foot chase policy for officers, declined to comment. The new policy – which forbids police from chasing people just because they run away – may have been prompted in part by the police shooting death of another 13-year-old in Chicago: Adam Toledo.

Stroth insists that his clients will be forgiven by video evidence, even if his life is never the same.

“Objective video evidence shows a child pumping his arms back and forth unarmed, unarmed, being shot immediately,” he said.

Looking back at the 1986 NBA Draft 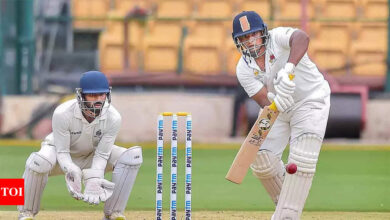 BCCI has no money for DRS in Ranji Trophy final! | Cricket News 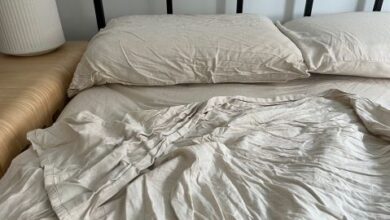 Editors’ picks: 37 things our editors tested and loved in May 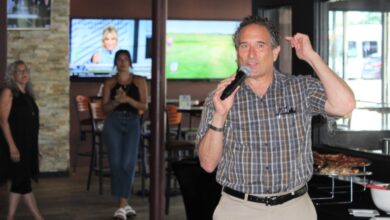 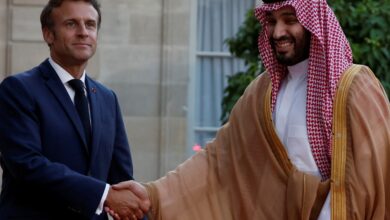