Tesla China sales were solid in March, but the Shanghai plant has been closed for the past two weeks. Meanwhile, Tesla CEO Elon Musk will not join the Twitter (TWTR) board of directors.

The major indexes and leading stocks had a negative week as a hawkish Federal Reserve and surging Treasury yields took their toll. The stock market rally is “under pressure.”

Tesla stock had an outside, negative reversal week. It now has a handle on a weekly chart after running up sharply, but shares slid early Monday.

Meanwhile, Apple (AAPL) drifted lower, providing a little more heft to its handle while still trading tightly. While Tesla (TSLA) and Apple stock are doing relatively well, most growth stocks are not.

In healthier parts of the market, Callon Petroleum (CPE) is trading tightly on a weekly chart despite its “porcupine” reputation. General Dynamics (GD) also is trading tightly as it forges a new flat base. Molina Health (MOH) has been trading tightly in a buy zone, while also finding key support this past week.

Investors should be cautious about making new buys in the current market week.

In other news, Twitter CEO Parag Agrawa said Sunday night that Elon Musk will not join the company’s board. Musk disclosed on Monday that he had become Twitter’s largest shareholder, with a 9.1% stake, On Tuesday, Twitter announced he would join the board, with the stipulation that Musk would not increase with stake beyond 14.9%. TWTR stock shot up 27% on Monday. Shares closed the week up nearly 18%, but below Monday’s low.

What will Musk do now? Will he blast Twitter at every turn? Will he go hostile, raising his Twitter stake?

TWTR stock fell more than 3% before the open.

Separately, private equity firm will buy SailPoint Technologies (SAIL) for $6.9 billion or $65.25 a share. SAIL stock show up about 30%

Tesla stock is on IBD Leaderboard. Tesla and CPE stock are on the IBD 50.

The video embedded in this article discussed the mixed market action and analyzed Callon Petroleum, General Dynamics and MOH stock.

The 10-year Treasury yield rose 4 basis points to 2.75%, signaling yet another three-year high.

The Shanghai composite fell 2.6% on Monday, with Hong Kong’s Hang Seng down 3%. In addition to the ongoing Covid restrictions, China’s producer price index leapt in March.

Remember that overnight action in Dow futures and elsewhere doesn’t necessarily translate into actual trading in the next regular stock market session.

The stock market rally retreated last week as the Nasdaq and small-cap Russell 2000 fell below their 50-day moving averages.

The 10-year Treasury yield vaulted 34 basis points last week to 2.71%, hitting a three-year high, as the Federal Reserve signaled it will soon begin cutting its massive balance sheet in addition to sharp rate hikes. The Treasury yield curve is no longer inverted, as the two-year rose slightly to 2.52%.

Apple stock fell 2.5% to 169.98 last week, closing just below its 21-day line and slightly above its 50-day and 10-week averages. That provides a little more depth to its handle buy point of 179.71. The relative strength line fell slightly, but is still close to record highs. Reports of weaker consumer electronics demand has taken a toll on chipmakers, including iPhone suppliers, but Apple stock itself has fared better. App Store and other service revenue helps insulate the tech titan from hardware demand shifts.

Tesla stock jumped Monday on record Q1 deliveries and hit a three-month high of 1,152.87 on Tuesday, essentially hitting resistance at a trendline entry. TSLA stock then reversed lower Tuesday and ended up falling 5.4% to 1,025.82 for the week, with the high and low far exceeding the prior week’s range low. Outside negative reversals are bearish action, but could be positive for the Tesla stock chart, by offering a real pullback following a huge run in just a few weeks. On a weekly chart, Tesla stock now has a cup-with-handle buy point of 1,152.97, according to MarketSmith analysis. That handle needs one more day to appear on a daily chart.

Tesla stock fell more than 4% before the open, signaling a move below the 21-day line and 1,000 level. That might shake out a few more weak holders. A longer handle would also let the 10-week line catch up somewhat to TSLA stock.

Keep in mind that Tesla stock is an outlier. Very few stocks with a triple-digit price-to-earnings ratios are holding up well. Can Tesla continue to buck the trend, or was last week’s reversal the start of a larger sell-off? When you consider that latter scenario as a possibility, you can see how a sub-1,000 move might shake a number of investors out.

On the news front, Tesla Austin held a “Cyber Rodeo” Thursday night as Model Y deliveries got underway. Tesla Berlin began limited deliveries in March. The factories should eventually give a huge boost to Tesla production capacity, but output will likely scale up slowly.

Tesla sold 65,814 vehicles from its Shanghai plant in March, the China Association of Automobile Manufacturers reported Monday. That was part of industry data for March EV and overall auto sales. Just 60 vehicles were exported. March’s reading was Tesla China’s second highest since December’s 70,847.

The Tesla Shanghai factory was closed on March 16-7 and again since March 28, due to the city’s lockdown amid soaring Covid cases there. That had a modest impact on March production and deliveries, but will have an even bigger toll in April.

It’s unclear when the plant could reopen. Even if the site is allowed to reopen, the Covid outbreak and restrictions could affect suppliers.

Tesla Vs. BYD: Which Booming EV Giant Is The Better Buy?

The CPE stock chart has a well-deserved reputation as a “porcupine,” with lots of morning spikes that fade or turn negative. Callon stock also hasn’t had a big run like many other energy plays. But there are some positive signals. Shares have moved from finding support at their 200-day line to their 50-day line and now their 21-day line.

Meanwhile, despite big intraday swings, CPE stock dipped 0.8% last week to 61.94. It has now formed a three-weeks-tight, offering a 66.48 entry. That tight pattern is almost entirely within a five-month consolidation, so investors could still use 65.55 as the operative buy point.

A slew of other energy stocks is setting up or in buy zones, including integrated giants Exxon Mobil (XOM) and Shell (SHEL).

General Dynamics stock has been consolidating again after breaking out with other defense contractors as Russia’s Ukraine invasion began in late February. Shares now have a flat base on a weekly chart with a 255.09 buy point. GD stock also has forged a three-weeks-tight within that flat base. Investors could use that tight entry of 246.23, just above Friday’s high, as an early buy point above the bulk of General Dynamics stock’s recent trading.

Raytheon Technologies (RTX) also has a flat base, while Lockheed Martin (LMT) and Northrop Grumman (NOC) are consolidating bullishly.

Molina stock tested its 10-week line last week, then rebounded to close down 0.6% to 337.82. MOH stock now a four-weeks-tight, offering a 347.72 buy point. That tight pattern has formed almost entirely within the buy zone of a prior cup-with-handle base. Investors could use the tight entry as an add-on buy or to start a new position.

Health insurance giants UnitedHealth (UNH) and Anthem (ANTM) are extended from buy zones, With UnitedHealth earnings due this coming week.

The stock market rally took a generally negative turn this past week, with growth, small caps and midcaps selling off. The uptrend has been “under pressure” since Wednesday.

Just two weeks ago, the market rally was looking broad-based, with strength across many sectors and with advancers easily beating declines. But the rally is starting to look narrow and bifurcated, returning to 2021’s difficult environment.

Energy and other commodity stocks continue to lead, along with medicals, discounters and defense firms, while REITs and insurers are holding up well. But growth, retail, housing, travel and traditional banks are struggling.

That’s not surprising, with rising rates weighing on growth stocks and housing plays, while hot inflation is starting to weigh on discretionary spending.

This coming week, the Labor Department will release the consumer price index and producer price index. Inflation is going to run hot, but markets could cheer any signs that price gains are leveling off. The latest retail sales report will indicate if shoppers are pinching their pennies amid high inflation.

Late next week, China will release first-quarter GDP data and March reports on retail sales and industrial production. But that won’t give much insight into the impact of Shanghai’s sweeping Covid lockdown, which began on March 28. That will take a toll on global economic growth in April and possibly beyond.

Earnings season will begin to pick up steam, with UnitedHealth due April 14 and Tesla on April 20. That could be a catalyst for individual stocks or sectors or the broad market, up or down.

So while the market rally is at an inflection point, it may not break decisively higher or lower for some time.

What To Do Now

Split rallies are tricky. Even if you only play the strong sectors, the market can quickly rotate away from them quickly, or weakness becomes broad-based. So avoid getting too concentrated in a particular sector, while keeping your overall exposure modest.

With market conditions shaky and the outlook in flux, investors should stay engaged and ready to act. Resist the temptation to make a bunch of new buys. Focus on building up your watchlists to spot the leaders in the next sustained market uptrend.

Read The Big Picture every day to stay in sync with the market direction and leading stocks and sectors.

Investing In An Inflationary Environment

Five Stocks Setting Up, Breaking Out From Strong Sectors 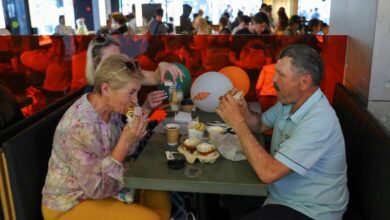 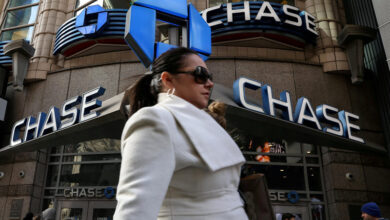 Former JPMorgan traders cleared of fraud, found guilty of fraud According to Reuters 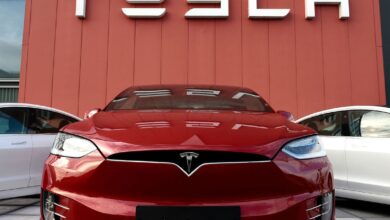 Tesla shares are ‘for sale’, according to one analyst. Here’s What Investors Should Do