As Finland looked set to ban Russian tourists from crossing the border to escape conscription into Vladimir Putin’s army, Estonia warned its citizens that they would be barred from leaving the EU if they joined.

On Wednesday, Russia’s leader – facing a series of setbacks in Ukraine – announced a partial mobilization that could see 300,000 reservists called up to fight.

The threat of mass enlistment sparked protests across the country, and the men of military age continued to flee.

In Estonia, about 20,000 residents with Russian citizenship who could be called up were warned not to respond to the draft.

“We will not stop anyone from obeying orders but engaging in a crime against peace,” said Eerik-Niiles Kross, an Estonian politician, diplomat and former intelligence chief. criminal under Estonian law.

“An Estonian resident who joined the Russian army in the war against Ukraine will lose his residence permit and will be banned from leaving the EU. Those who leave will have no way back.”

“However, if a Russian living in Estonia receives a dispatch order from Russia and decides not to go, Estonia will give him all legal protection and will not allow Russia to coerce anyone.

“All legal residents of Russian nationality in Estonia have the same constitutional protections and rights as all other residents.”

Russia does not have the authority to prosecute anyone in Estonia who does not comply with the draft order, he added.

It comes as Finland looks set to bow to pressure from the public and said on Friday night that it would stop Russian travelers from crossing the border for the next few days.

It comes amid a 107% increase in border traffic in the last week.

President Sauli Niinistö told Yle state television: “The desire and aim is to significantly reduce the number of people coming to Finland from Russia.

Read more:
More women than men in Moscow protests
Freed prisoner said he was ‘punched in the nose’ when captors discovered he was British
‘Tortured and then executed’: Ukrainians will fight for justice – even if war ends

At Russia’s southern border, traffic queues stretched for six miles and some drivers abandoned their cars.

Similar scenes were spotted at airports, as dozens of flights out of the country – with fares selling for exorbitant prices – took the men to international destinations such as Turkey, Armenia, Azerbaijan and Serbia, where Russians do not need a visa.

The EU banned non-stop flights between its 27 member states and Russia in the wake of the Ukraine attack and recently agreed to restrict the issuance of Schengen visas, allowing free movement across much of Europe.

Ukraine’s Promise to the Russian Army

As Russia stepped up its arrest warrant for its citizens, Ukrainian President Volodymyr Zelenskyy called for the military to surrender to his country’s forces.

It came like “sham” referendums continue in disputed territorycould lead to the formal annexation of the land of Ukraine.

In his nightly address, he said: “What is Russia fighting for? All Russians know – even if many don’t admit it, they know for sure – that it was Russia that fought. bring evil.

“Ukraine guarantees every Russian soldier to surrender three things. First, you will be treated in a civilized manner, in accordance with all conventions.

“And third, if you’re afraid to go back to Russia and don’t want to trade, we’ll find a way to guarantee this.”

‘Come and die with us in the trenches’

Protests against mobilization took place in more than a dozen cities across Russia, with young girls as young as 14 being arrested.

More than 700 people were arrested during Saturday’s protests, according to human rights organization OVD-Info. Hundreds more were detained earlier this week.

Long-standing threats of detention for attending anti-government protests have not stopped some from taking to the streets to protest against the campaign.

In Omsk in Siberia, video emerged showing several people who had been enlisted for the war in Ukraine fighting local police.

It is alleged that people called on the police to “come and die with them in the trenches”. 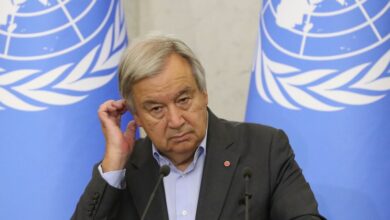 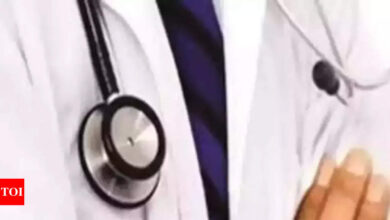 As 1,456 medical PG seats remain vacant, SC says not even one should be wasted | India News 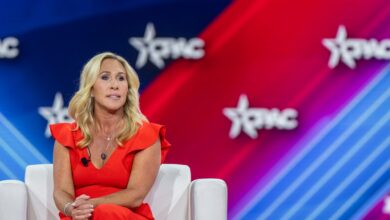 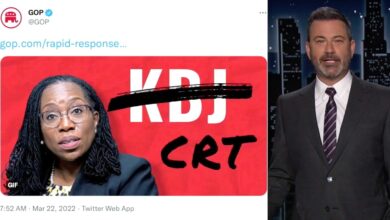