(FILES) In this file photo taken on April 1, 2022, former Iranian soccer player Ali Daei (right) takes the stage during the draw for the 2022 World Cup grouping in Qatar at the Convention and Exhibition Center Doha exhibition. (Photo by GABRIEL BOUYS/AFP)

Iranian football legend Ali Daei, who has supported protests following Mahsa Amini’s death, said on Monday a plane from Tehran to Dubai had been diverted and his family had been asked to leave go.

Protests have erupted in Iran since the death of 22-year-old Iranian-Kurdish Amini, after she was arrested in Tehran for allegedly violating the country’s strict dress code for women. country. Tehran often calls protests “riots”.

Daei, 53, a former German Bundesliga striker who scored 109 goals at international level for a long time until being overtaken by Cristiano Ronaldo, is one of Iran’s most famous footballers .

Daei said his wife and daughter had flown on a Mahan Air flight, which took off from Imam Khomeini airport in the capital Tehran, bound for Dubai in the United Arab Emirates, ISNA news agency reported.

But the plane was rerouted and landed on the Iranian island of Kish in the Gulf, where his family had left, state news agency IRNA said.

Citing the judiciary, IRNA said that “Daei’s wife has committed to informing the relevant organizations of her decision before leaving the country,” after they were “associated with opposing groups.” the Islamic revolution and the rioters and called for a strike”.

The IRNA report added that “the flight landed at Kish airport and Ali Daei’s wife and daughter disembarked”.

The former Bayern Munich player, who played in Iran’s 2-1 win over the United States at the 1998 World Cup, said he was targeted by threats after backing The protests were triggered by Amini’s death.

“My daughter and wife were taken off the flight, but they were not arrested,” Daei said, ISNA reported.

“If they were banned (from exiting the country), the passport police system should have shown it: nobody gave me an answer about this. I really don’t know what the reason for this is.”

Daei said he is trying to arrange to bring his family back to Tehran.

“Do they want to arrest a terrorist? My wife and daughter will go to Dubai for a few days and then return,” he added.

Daei on September 27 used social media to urge the government to “solve the problems of the Iranian people instead of using repression, violence and arrest”.

In October, Daei told AFP that his passport was confiscated by police when he returned from abroad, before being returned to him a few days later.

He said he did not go to the World Cup in Qatar due to the Iranian authorities suppressing the protests.

In early December, his jewelry store and restaurant in Tehran’s fashionable north were sealed off, with local media reporting they had been ordered to close for “collaborating with counter-revolutionary groups”. network in cyberspace to disrupt the peace and business of the market”.

I Tried an Ice Hat for Migraine Symptoms—Here's the Solution

Apologies of the year of gaming 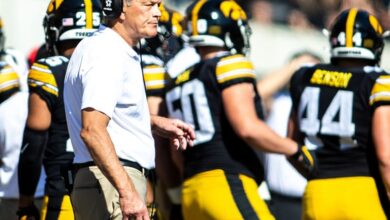 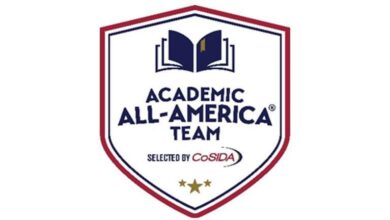 Could Kevin Durant end up in Portland? 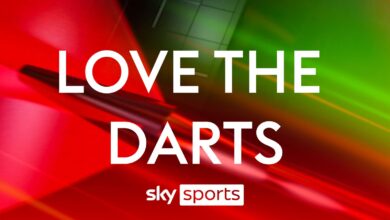