One could argue that Flood, the Bay Area-based seed-stage venture company, is more disruptive than its weight. The roughly 15-year-old company has only about $500 million in assets under management — including a $150 million fund it quietly shut down in January — and it’s made only a handful new investments each year. However, with investments in Okta, Lyft and Starkware, appreciated 8 billion dollars in May, among others, Its centralized approach seems to be working.

Writing too few checks, especially in a booming market, can upset some investors. But over the years, it has forced Floodgate’s small team to sort through thousands of pitches and identify the ones they think have the most potential. Now, co-founders Ann Miura-Ko and Tyler Whittle, a senior corporate associate, have developed a new program to help similar groups of students develop an understanding of big ideas. what it looks like – and why most concepts aren’t big ideas.

Is called Reactor, the program combines the curriculum from the Miura-Ko classes taught at the Stanford School of Engineering and consists of two components – a pre-summer lecture series and a summer accelerated program. Indeed, this past summer, 10 teams were in Floodgate’s office for 10 weeks building and testing startups and, in some cases, knocking them all out.

For more details on the show – and also to hear Miura-Ko’s current views on the seed-stage startup scene – we spoke with her earlier this week. Excerpts from that conversation, edited for length, followed. You can hear our fuller conversation here.

TC: This summer, you invited a lot of students to work on startup ideas with you in the Bay Area. Do you guys incubate companies together? How did the whole thing work?

AM: We went to a community of builders we built last year and [Stanford’s] technical school [where I teach], and go to the CS department at some universities and say, ‘Hey, if you’re interested in being a future founder and you’re a great builder, then we’d love to talk to you. .’ The key message there is: ‘We don’t need you to actually have the idea you’re working on. We just want you to be a great builder with incredible curiosity. ‘ Somewhat, [that’s because] you need to be able to build quickly and actually drop the product [sometimes] But you also have to be curious about the history of the industry you’re working in. .

The goal is to help them identify big ideas. What is your definition of a big idea and how do you know when you see it?

I realized that there are two types of businesses that can actually become really big. One is: you have an idea, and most people actually get the idea, but you just get better at it and so you execute others. What I realized is that as a seed investor, we don’t really have an edge when it comes to investing in those companies because we don’t see enough activity to know who is the best. in running that kind of startup. So when the founders heard, ‘[You] need a little more traction before we make a decision,’ that’s most likely because you’re running a business that’s more focused on operations, compared to the latter, which I believe is focused on details.

A business driven by real insights is defining what we call an inflection point, which has several components to it. First, there’s some sort of change event that happened. It could be technical – CRISPR was invented – or a regulatory change event, like telemedicine on authorized state lines, or it could be social. The most common thing people are aiming for now is just working from home.

The change event makes a new feature possible, or it can help the product to be built cheaper or faster, or you can also have a completely different business model possible. . [For example] you license it instead of having to pay for it monthly or vice versa. Or the business ecosystem changes fundamentally.

When that happens, if you can force it [that inflection point and change event to]’So this will build my base traction and product adoption within the next two to three years’ you now have an insight that seed investors should [funding]. [And] that’s the kind of thing that we’re really looking for for our students to actually find out.

Are you sponsoring these students?

Right. We’re writing checks for $50,000 to all the companies, and then a bunch of them will just say at the end, ‘We’re not going to do this anymore’ and in that case, close the store. . [But] we have two companies [going concerns] with the investment from us, then the real investment can get more investment and investment [already] invested outside. And we have 4 companies continuing to operate out of 10 companies.

We’re still revising that for next year, so I don’t want to pin down what we’re going to do. But that’s a SAFETY note. And then for the next financial, it includes what the person needs and also [it’s tied to] when we invest in that company, so it also has a valuation range.

Four out of 10 is a pretty good hit rate. Are these students mainly from Stanford?

I remember talking to a 19-year-old Stanford student, maybe 10 years ago, who said he felt pressured to be a founder because of the culture at the school. Does that worry you?

Right. That’s why I really designed it so you have a way out. I think it’s important to realize that not everyone is considered a founder. And in fact, in the relationships that I have with my students, I would say to some of the students that I really know well, ‘You have these incredible skill sets, very unique. unique and not in many people that you should enter a big company. ; you will have a lot of impact there. ‘ I would actually advise students directly not to become founders [because] it is a specific wish or [requires] such a particular skill set in a particular moment which, in my opinion, should not be for everyone.

I agree with you. I think to some extent there is a big push for people in engineering [and] for those who have a good idea to go in that direction. But my hope is really that by giving them such exposure, they can find out if there is a founder inside.

Out of curiosity, did Floodgate use scouting?

We do not have a Scout program. My guess is that our network of friends, family, and founders are technically our scouts. But we don’t have a financial program like many people do. I have the kind of network of ‘non-partners’ that I hang out with on a regular basis – these are angel investors and investors in small funds – and what we do is we will share three or four interesting companies that we literally looked at. in the past two weeks. And then we share with each other how we will diligently it. And if others are interested in the company, we invite them to join.

A bit related, Y Combinator just wrapped up its latest Intro Day. As a seed investor, do you follow YC closely? What do you think of the organization that exists today?

I think they provide a tremendous service to founders and I think people who want to be in contact with [it]. I have a lot of respect for the product they offer and the community they provide, and the way fundraising is done there.

To me, it’s just a platform that’s harder to interact with. If I only make two to five investments a year, being asked to put on a check with a rolling SAFETY note that, if I sign this tonight, you know, a valuation and if I sign tomorrow, it will be at a different level, and [the founders] don’t even really know me, but they’re willing to sign me up – like, none of that feels quite right. So the people I’m joining are actually founders I knew even before they joined YC.

But I understand why the founders love it, and I think there’s tremendous work they’ve put into the product and I’m not going to take YC into account. I know every year, some people say the classes are too big and everything is too diluted and expensive. But you know that in every group, there’s going to be one or two runaway hits.

Watch the moment NASA’s DART spacecraft crashed into an asteroid

A DARPA report finds blockchains are vulnerable to "unintended centralities", such as powerful new crypto miners, that could pervasively affect their security (Mack DeGeurin/Gizmodo) 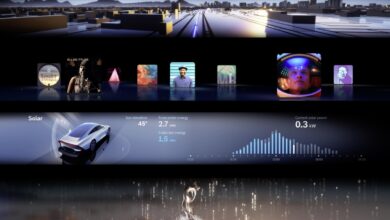