Jackson Warne thanked fans for paying their respects to his late father during the Gifting Day test at the MCG yesterday.

The event saw 70,000 fans take to the cricket ground on Monday to watch Australia host South Africa and pay their respects to the late great Shane Warne.

﻿”Thank you to everyone who attended the Gift Day test and who wore soft hats and zinc,” Jackson said in a TikTok video.

“I was actually in the game yesterday and it was great to see everyone in white.”

This was the first Gifting Day Quiz since Shane died aged 52 in March, and bettors flocked to pay their respects.

In addition to wearing soft hats and zinc to pay homage to the foot-turning legend, the crowd also applause at 3:50 pm for over a minute in his honorThe meaning of time lies in Shane’s Australian playing number, which is 350.

Jackson went on to explain other evocative and emotional moments during the test.﻿

“It was great talking to Gilly [Adam Gilchrist] also, with my Fox Cricket interview, in front of Shane Warne’s stands,” he said.

In an interview with Fox Cricket, Jackson talked about his father’s legacy.

“I think that’s why someone does something positive in their life, whether they start playing cricket because they want to turn their feet. [or] they watch crickets [and] just see the number of people he has influenced around the world bowling by foot. How [he has] Jackson said.﻿

“﻿To see that since the memorial, everyone has seen the same Shane that I saw, that was the great father and father… [he] He’s the greatest dad ever and my best friend.”

Many speeches were given about Shane’s passing, including one by the Aboriginal elder of the Kulin Nation, Aunt Joy Murphy Wandin.

READ MORE: Kim Kardashian sheds tears because she is the same parent with Kanye West

“Today we also celebrate the legend Shane Warne. And his family and friends, those of you who are here today, are a legend,” she said.

“This will always be his resting place here in the country of Wurundjeri.”﻿ 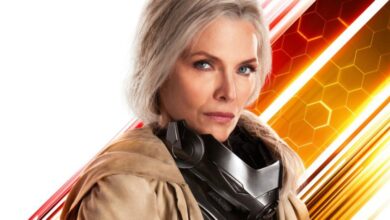 Jane Fonda reveals her cancer diagnosis and she’s on chemotherapy