NEW DELHI: A court in Ahmedabad on Friday sentenced Gujarat Congress working president and MLA Jignesh Mevani and 18 others were sentenced to between 6 months and 6 months in prison for an illegal riot and assembly incident in 2016.
Mevani, along with other members of the Dalit rights group, Rashtriya Dalit Adhikar Manch, organized a protest in 2016 demanding that a building be under construction University of Gujarat Named after Dr. BR Ambedkar.
(With input from agencies)

Mom will love these gift ideas, no matter your budget 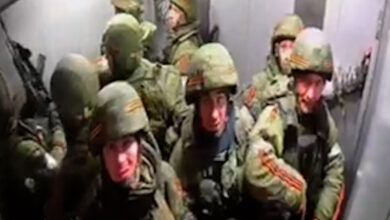 Russian soldiers take the city, then their home