“Les Fossoyeurs” (“The Gravediggers”), published by Fayard on January 26, accused business group Orpea, which manages 350 homes in France, of ruthless cost-cutting in a bid to save money, and of mistreating elderly residents.

The government filed a formal complaint against the care group on March 26, and said it would seek to recover public funds amounting to 55.8 million euros after uncovering potential irregularities in how they were used. Orpea agreed in November to reimburse the state in full.

More than 40 candidates put themselves forward for the French presidency, but only 12 made it to the official ballot for the first round after securing the 500 signatures legally required to stand for France’s top job.

Candidates spanned the political spectrum, with half representing extremes to the left and right of France’s mainstream. A third were women vying to become the nation’s first présidente.

Russia’s invasion of Ukraine pushed world affairs to the forefront of France’s presidential race, upending a campaign in which three of the five leading candidates were staunch critics of NATO, the US-led transatlantic alliance. The war featured prominently in televised debates, as did Europe’s looming energy crisis.

The war gave Emmanuel Macron a bump in the polls, with voters appearing to reward the incumbent for his frantic diplomatic efforts – which notably saw him plead for peace during talks with Russian President Vladimir Putin from across a now-famously vast table.

Indeed, Macron played the role of a head of state too consumed by diplomatic overtures to find time to campaign.

He unveiled his campaign programme just a few weeks before the first round of the election, and held just one rally on April 2 at the La Défense Arena in the Paris suburbs.

Purchasing power, amid a sharp rise in the cost of living, also featured prominently in the election campaign.

Emmanuel Macron was re-elected President of the Republic on April 24, defeating far-right candidate Marine Le Pen in the second round with 58.55% of the vote.

Macron, 44, became the first president to secure re-election since Jacques Chirac 20 years ago – no small feat in a country that has recently developed a taste for kicking out the incumbent at the first opportunity. It helped that on both occasions he faced a political force that a (shrinking) majority of the French still considers unfit for government.

Far-right newcomer Éric Zemmour languished in the polls with just 7.07% of the vote. All the other candidates finished below the fateful 5% mark – meaning they would have to reimburse campaign expenses.

In another sign of voters’ unease with party candidates, 26.31% said they abstained from voting in the first round while 28.01% abstained in the second round.

Macron named Élisabeth Borne his new prime minister on May 16 – just the second time in French history that a woman has held the top cabinet job. Most of his other ministers remained in their posts (the controversial Gérald Darmanin kept his job at the interior ministry, Bruno le Maire remained Finance Minister and Éric Dupond-Moretti stayed on as Justice Minister).

Chaotic scenes broke out at the Champions League final between Real Madrid and Liverpool on May 28 at the Stade de France just north of Paris.

Football fans were funnelled into narrow channels for ticket checks, sparking fears of a crush. As kickoff approached, thousands of Liverpool fans remained stranded outside. As they pressed against the perimeter fences and some of them tried to climb the gates, police pelted them with tear gas.

Amid the scuffles, the match was delayed by 36 minutes. Images of the chaotic scenes went viral, and were branded a national embarrassment. The ruckus took place just over a year before Paris hosts the 2024 Olympic Games, casting doubt on French authorities’ ability to guarantee fans’ safety and organise major sporting events.

In a Senate report released in July, Senator Laurent Lafon, chairman of the culture committee, said there had been a “series of dysfunctions” and “failures” in both the “execution” and the “preparation” for the match.

Macron’s Ensemble! (Together) coalition lost its absolute majority in the country’s parliamentary elections on June 19, in results that severely tarnished his presidential victory in April.

Macron won just 245 seats – 44 short of the 289 needed to govern, raising major questions about whether he would be able to deliver on his agenda, particularly on controversial topics like pension reform.

“It’s going to take a lot of imagination” to govern, said Finance Minister Bruno Le Maire after the vote.

Saleh Abdeslam, the only surviving member of a 10-man jihadist unit that brought terror to the French capital on November 13, 2015, was sentenced to life in prison on June 29.

The 2015 shootings and suicide bombings across Paris were the deadliest peacetime attacks in French history, killing 130 people at Parisian bars and cafes and the Bataclan concert hall.

Abdeslam had claimed that he decided not to go through with the attack “out of humanity”. But the special court dismissed his argument after finding that his explosives vest malfunctioned, convicting him of murder and attempted murder in relation to a terrorist enterprise.

After a marathon ten-month trial, 19 of the 20 defendants were also convicted for their involvement in the assault claimed by the Islamic State (IS) group. They were given punishments ranging from suspended sentences to life in prison.

“It’s a balanced verdict, harsh for some, less so for others. It’s called justice,” said Gérard Chemla, a lawyer representing several plaintiffs at the trial.

“The sentences are pretty heavy. They won’t get out of prison immediately. We’re going to savour it, I feel very relieved,” said Sophie, a survivor of the Bataclan attack, as she left the courtroom with tears in her eyes. “Ten months of trial helps you to rebuild. It’s over, it’s going to leave a void.”

All eight defendants on trial for their involvement in a deadly truck attack in the Riviera city of Nice were convicted.

The rampage, which killed 86 people on the Promenade des Anglais on July 14, 2016, came just eight months after the mass killings in Paris as the country continued to reel from its worst-ever terror attack.

Seven men and one woman were handed sentences of between two and 18 years in prison – stiffer sentences than what prosecutors had asked for.

Those on trial included relatives of the truck driver that ploughed into the crowd – police shot him dead on the spot – and friends accused of supplying the driver with weapons.

None of the defendants were accused of having played a leading role in the attack.

As clouds gathered over the global economy amid the war in Ukraine, France began feeling the rising cost of living and a sharp uptick in energy prices. In July 2022, inflation reached 6.1% over one year, according to INSEE (France’s National Institute for Statistics and Economics), a level not seen since 1985.

In August, the government approved a 20-billion-euro package of measures to help struggling households cope with soaring energy and food prices.

MPs also approved a gas price freeze and a 4% price cap on electricity bills. A state-financed rebate of 30 cents per litre was set up in September and October.

“Your purchasing power is our priority,” French government spokesperson Olivier Véran tweeted. “To protect you from inflation, we maintained the price cap on gas and electricity and set a price cap to limit rent increases to 3.5%.”

Employees at TotalEnergies and ExxonMobil oil refineries went on strike at the end of September to demand better wages amid rising inflation, leading to fuel shortages at service stations across France.

Strikers called for a 10% wage increase, pointing to TotalEnergies’ record results in 2021 and their boss Patrick Pouyanné’s €6 million euro salary.

Management initially refused, prompting a three-week walkout by staff. The national fuel shortages grew so severe that the government was forced to intervene, requisitioning striking employees – which forces them to return to work or risk prosecution.

The workers’ walkout at the last striking refinery, at Gonfreville-l’Orcher, near Le Havre, ended on November 2 after management and the unions reached an agreement to increase salaries by between 7% and 10%.

France in 2022 experienced its hottest year since records began, French weather service Météo-France said in a statement on November 30.

Temperatures surged repeatedly from May to October as the country grappled with a record three heatwaves in the summer (from June 15-19, July 12-25, July 31-August 13) – a total of 33 days.

Forest fires ravaged parts of southwest France and of northwestern Brittany, a rare phenomenon in that part of the country. Marine heatwaves hit the Mediterranean Sea and violent storms struck the island of Corsica on August 18, killing five people. France also saw a “historic” drought with rivers running dry and much of the country put under water restrictions.

Annual rainfall is expected to be 25% lower than normal, with precipitation in July 85% below average. The driest year in France was 1989, which saw a 25% rainfall deficit.

France is facing an increasing struggle to recruit teachers. A week before French children went back to school in September, 4,000 teaching positions in state schools were still to be filled.

The healthcare sector is also grappling with a shortage of personnel, particularly in hospital emergency departments.

In the autumn, overwhelmed paediatric hospitals struggled to cope with an epidemic of bronchiolitis – a common but contagious chest infection. Babies were treated in hospital corridors, sent home or transferred to hospitals outside of Paris to avoid overcrowding.

The transport sector is also in crisis with a limited number of bus, tram and metro drivers at work. Regional authorities put the number of vacancies at nearly 5,000.

Lastly, nurseries are having to recruit staff who are not trained to look after young children. Around half of France’s 5,000 crèches say they can’t find enough workers.

Does coffee after dinner help you digest your meal? 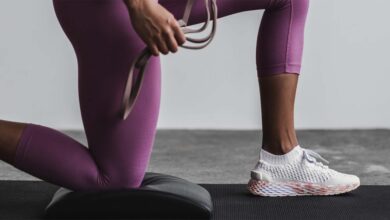 18 pairs of the most comfortable sneakers for walking 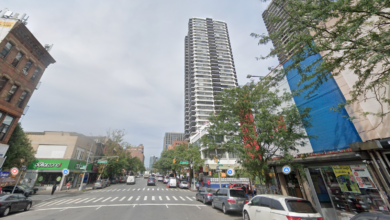 Boy, 3, dies after falling from 29th floor balcony in New York | US News 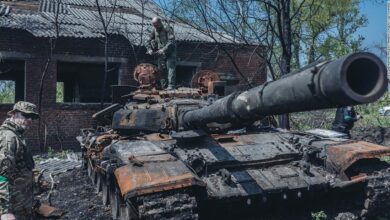 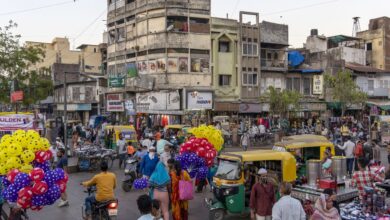