Manchester United England striker Marcus Rashford (left) celebrates with his teammates after scoring his team’s first goal during the Premier League match between Manchester United and Nottingham Forest at Old Trafford in Manchester on December 27, 2022. (Photo by Oli SCARFF/AFP)

Manchester United got off to a positive start without Cristiano Ronaldo as Marcus Rashford and Anthony Martial stepped out of the Portuguese’s shadow to score in a 3-0 win over Nottingham Forest on Tuesday.

But coach Erik ten Hag still targets a striker to replace Ronaldo on the transfer market to help the Red Devils be more clinical in the last third of the game.

Ronaldo’s second roller coaster spell at Old Trafford ended during World Cup break after an explosive interview in which he targets Ten Hag and the owner of the club.

On the pitch, his influence has waned since the Dutchman took charge at the start of the season.

Rashford is a transformative player under Ten Hag and has delivered superb form for England at the World Cup ahead of the return of the Premier League.

“Our players performed very well in the World Cup, I’m happy to see that and now they continue,” Ten Hag told Amazon Prime. “They have to maintain that form, carry on and progress from game to game.”

A well-executed corner opened the door for United as Christian Eriksen picked an unmarked Rashford from inside the box to shoot into the top corner.

Forest had no first choice goalkeeper Dean Henderson when he was on loan from United and his student Wayne Hennessey was the one to make the mistake as the hosts doubled the lead just three minutes later.

Rashford broke through on the left and passed Martial on the edge of the box, but the Frenchman’s shot should not have been powerful enough to beat the Wales keeper.

As a result, Raphael Varane was forced to start just nine days after playing 113 minutes for France in the World Cup final, while Luke Shaw for the first time placed a central defender in a four-back formation.

But Forest have done little to test an interim backline as they have only scored one away goal all season.

Steve Cooper’s men got the ball into the net just before half-time, but Willy Boly’s effort was ruled out for offside after a lengthy VAR check. The home team should have scored more than one goal in the second half, prompting Ten Hag to call up a new striker.

United appear to have missed a target as Cody Gakpo prepares to join rivals Liverpool from PSV Eindhoven.

“We are looking for a striker because there is a game every three days,” added Ten Hag. “It is difficult and we want to play in all competitions. Hopefully we can keep going until the end of the season, so we need the numbers in the squad.”

Antony shot straight into Hennessey after the beautiful play of Rashford and Bruno Fernandes helped the Brazilian player see the goal clearly.

Hennessey also stood firm to stop Martial and Rashford from close range, but United eventually conceded the third they deserved after three minutes.

Casemiro bravely strode to gain control of the ball and chose fellow Brazilian Fred to shoot into the far corner.

The win puts United one point away from the top four and with one game left to top the fourth-placed team, Tottenham.

Forest still clings to the relegation zone, but is only one point behind the safe zone.

Get men's sweatshirts and jackets with up to 75% off

Fallout New Vegas Vet is back, writing the best characters of 2022 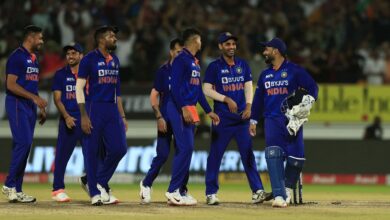 IND vs SA 2022: Zaheer Khan on one area where Rishabh Pant can improve as captain 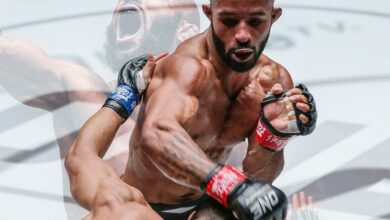 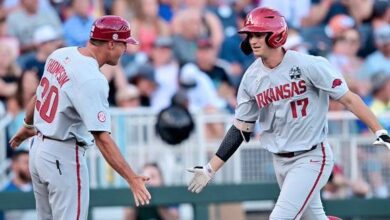 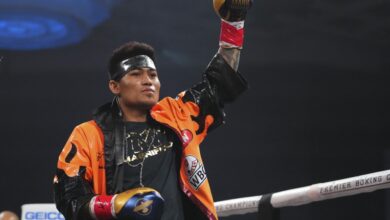