TOKYO: Two million people in Japan was asked on Saturday to seek shelter before the arrival of Typhoon NanmadolNational broadcaster NHK said the weather agency had issued a rare “special warning” for the strong storm.
NHK, which compiles warnings issued by local authorities, said level four evacuation instructions – the second highest – were in place for people in Kagoshima, Kumamoto and Miyazaki in southern Kyushu.
The move comes as the Japan Meteorological Agency issued the highest level of alert for the Kagoshima area, a warning that comes as the agency forecasts conditions that appear only once in several decades. .
This is the first storm-related special warning issued outside Okinawa since the current system started in 2013.
On Saturday night, Typhoon Nanmadol was classified as the agency’s top “violent” category, and had gusts of up to 270 kilometers (167 miles) as it moved about 200 kilometers from Minami Daito Island. north-east, part of the chain of remote islands that form the Okinawa region.
The storm is expected to approach or make landfall in Kagoshima Prefecture on Sunday, then move north the next day before heading towards the main Japanese island.
“There is a risk of unprecedented storms, high waves, high tides and record rainfall”, Ryuta Kurorathe head of the forecasting unit of the Japan Meteorological Agency, told reporters.
“Extreme caution is required,” he said, urging residents to evacuate early.
“It was a very dangerous storm.”
“The wind will be so strong that some houses may collapse,” Kurora told reporters, warning of floods and landslides.
Evacuation warnings urge people to move to shelters or alternative accommodation that can withstand extreme weather.
But they are not mandatory, and during recent extreme weather events, authorities have struggled to convince people to get to shelter quickly enough.
Kurora said that even inside fortified buildings, residents should take precautions.
“Please move into fortified buildings before fierce winds start blowing and stay away from windows even inside fortified buildings,” he told a late-night news conference.
Japan is currently in typhoon season and faces about 20 such typhoons a year, frequently seeing heavy rains that cause landslides or flash floods.
In 2019, Typhoon Hagibis made landfall in Japan when the country hosted the Rugby World Cup, claiming the lives of more than 100 people.
A year earlier, Typhoon Jebi closed Osaka’s Kansai airport, killing 14 people.
And in 2018, floods and landslides killed more than 200 people in western Japan during the country’s annual rainy season.
According to the websites of Japan Airlines and All Nippon Airways, before the arrival of Typhoon Nanmadol, canceled flights began to affect airports in the area including those in Kagoshima, Miyazaki and Kumamoto.
Climate change is increasing the severity of storms and making extreme weather like heat waves, droughts and flash floods more frequent and intense, scientists say.

Shopify changes its compensation practices to let staff choose a mix of cash, restricted stock units, and stock options; Shopify stock is down 75% in 2022 (Stefanie Marotta/Bloomberg) 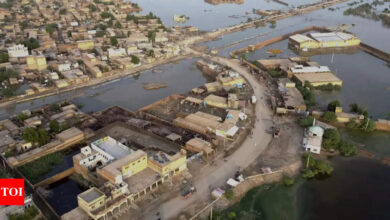 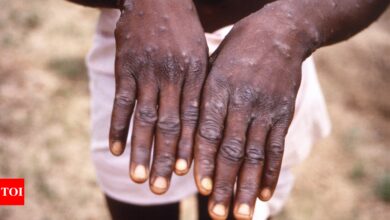 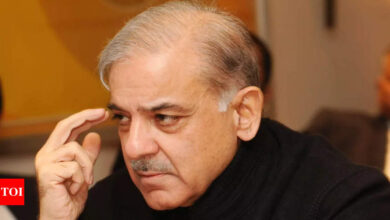 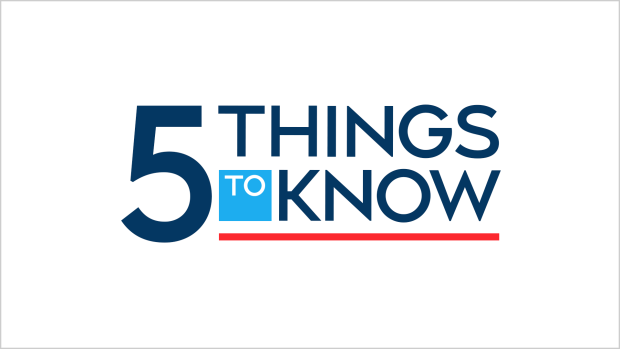