LeBron James #6 of the Los Angeles Lakers reacts during the third round against the Miami Heat at the FTX Arena on December 28, 2022 in Miami, Florida. Megan Briggs/Getty Images/AFP

Los Angeles Lakers superstar LeBron James is still “locked in” to basketball as his 38th birthday approaches, but the four-time NBA champion made it clear on Wednesday that he wants to be a contender. champion member.

James, who will turn 38 on Friday, reflected on his career after another upset Lakers loss, this one to the Miami Heat.

With superstar Anthony Davis sidelined through injury, the Lakers have lost 5 of their last 6 games and are 14-21 this season.

That’s not a situation James – still averaging close to 30 points per game – wants to be in.

With a 27-PT performance tonight, he’s 574 points away from history.

Even with the Lakers struggling to secure a play-off spot, James is averaging almost 30 points per game and is on track to overtake Kareem Abdul-Jabbar as the all-time top scorer. of the tournament, perhaps in early February.

“If you look at the history of the game, it doesn’t seem like a lot of people have played at this level with years and miles of miles like this and stuff on their résumé,” he said.

“I’m also humbled to be able to play the game I still love at this level and still be the focus of opposing teams.”

But the championship is still the goal, and James points out that the Lakers’ troubles have perhaps made glimpses of post-NBA life more appealing.

James has said he wants to keep playing until his eldest son, Bronny, arrives in the NBA, as early as 2024 under current rules.

However, that plan doesn’t seem to include hard work on a mid-table team.

“I think about how much longer I will be playing this game,” he said. “I think about the fact that I don’t want to end my career at this level – from a team perspective.

“I want to still be able to compete for the championship, because I know what I can still bring to any football club with the right pieces of the puzzle,” James said – a solid comment. will certainly be interpreted as a nudge for the Lakers to make some earlier moves. trading deadline February 9. 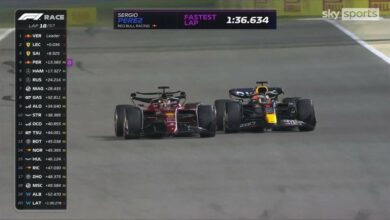 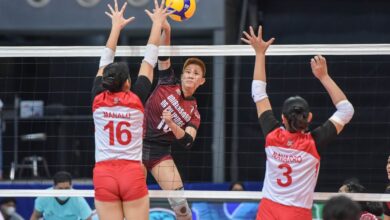 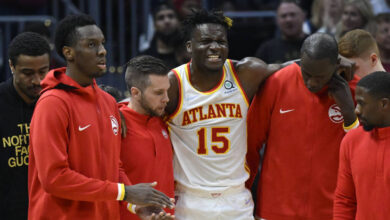 Clint Capela could miss round one due to knee injury 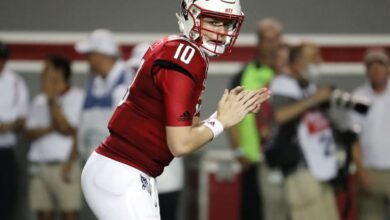