Junior facing Reagan Rutherford leads the Wildcats with 9 kills, 12 digs, one block and one assist. She hit 0.185 on the day, which is the team’s best ever. The original Missouri, Texas city led the team with nine kills in the game and four fouls. It marks the seventh time this season that Rutherford leads the UK in kills per game.

In defence, Kentucky was controlled by Rutherford and libero Eleanor Beavin, both with 12 digs in the game. Azhani Tealer had three tackles including one solo to lead all UK players. In one of the most remarkable stats of the game, Nebraska overcame Kentucky 10-3.

Junior Reagan Rutherford started things off for the Wildcats with a corner shot and save, as she gave Great Britain a 4-2 lead. With a draw at eight, Nebraska made a serve error, one of five of the game. With two consecutive kills from Adanna Rollins, the Wildcats led the Cornhuskers 11-8. Tied 13-13, Rutherford scored another goal. Reclaiming the lead with a score of 16-15, Azhani Tealer got his second kill of the day. A back-and-forth battle continued throughout the set as Kentucky found itself an 18-17 lead, capitalized on the next point with another Rutherford kill. To give the Wildcats a 21-17 lead, Lamb used the Cornhuskers’ block to his advantage. Taking the lead at 23-23, Nebraska killed the ball to give them the set point. A missed serve and Tealer kill then gave the Wildcats a 25-24 lead, placing the set point in their favor. With two kills in their favor, Nebraska followed up with another set point opportunity, which ended in a foul, giving the Cornhuskers the first set victory, 27-25.

Motivated by the Nebraska service failure at 5-3, Lamb used the block again to his advantage, recording the fifth kill of the day. Next 8-6, Tealer and builder Emma Grome combined into a large block that brought the Wildcats back within a point. Rollins then scored a goal that resulted in Great Britain having a tie game at nine. A Rutherford kill sent Great Britain back 13-12, but Cornhusker continued to retreat after that. Just a few points later, Kentucky took the lead of the game 16-15 after a huge Tealer kill. Grome reclaimed that lead once again with strong play on the net after knocking out Nebraska 17-16. Rollins and Rutherford recorded a number of big knocks throughout the set to help finish off defense along with offensive behaviour. Compared to Kentucky’s .144 hit, Nebraska hit .280 on set. At 23-18, Nebraska headed home to score. Goetzinger and Lamb kept the Wildcats alive as they each killed one, but the set ended with a Nebraska kill and a 25-20 win for Cornhusker.

Jumping to a 5-1 lead, the Cornhuskers continued to hit and distribute the ball well. Rutherford got two kills in a row in favor of Kentucky to put the Wildcats on the scoreboard once again with a score of 5-3. Nebraska had a four-point run to lead the set 9-3 early. Continuing three points, Nebraska raised the score to 14-5. Freshman Audrey Whitworth, junior Bella Bell and senior Maddie Berezowitz saw their first act of the afternoon, as the Wildcats needed a new source of energy on the court. Behind nine with a score of 17-8, Rollins earned the eighth number of kills of the day. With an increased win rate of 0.302 and 10 blocks on the day, Nebraska finds itself 22-12 lead. Bella Bell scored her first knockdown of the game 23-13, but Cornhusker found herself at the match point after just one play. The Wildcats retained three scoring opportunities for Nebraska but failed to convert as the game ended 25-16 in the third set. 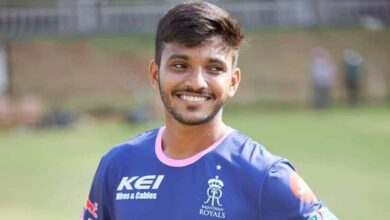 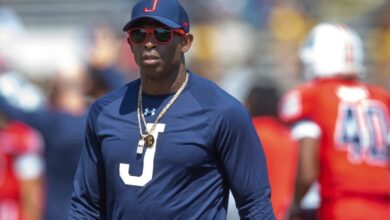 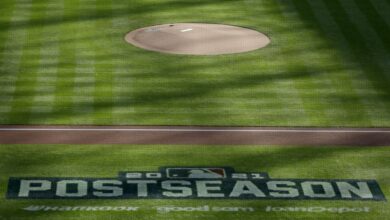 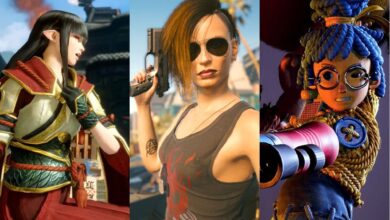