TOKYO: Typhoon Talas approaches the east Japan on Saturday, it rained heavily and killed one person a week after another major storm hit the country.
Japan is currently in typhoon season, and faces about 20 such typhoons a year, often with heavy rains causing flash floods or landslides.
The newest one, Talas, is churning near the northeast of the country, 100 kilometers (62 miles) off the coast. Omaezaki at 6 a.m. (2100 GMT Friday), according to the Japan Meteorological Agency.
The JMA says it has a top speed of 90 kilometers per hour.
The agency has issued warnings about high waves, heavy rain, landslides and flooding in the central region. Eastern and northern Japan, including Tokyo.
Local media reported that a man in his 40s died after his house was hit by a landslide in Kakegawa, Shizuoka Prefecture.
In a separate landslide in Hamamatsualso in Shizuoka Prefecture, three people including a nine-year-old boy suffered minor injuries, public broadcaster NHK speak.
Police were unable to immediately confirm the reports.
Last weekend, four people were killed and 151 injured after typhoon Nanmadol made landfall in southwestern Japan.
Climate change is increasing the severity of storms and making extreme weather like heat waves, droughts and flash floods more frequent and intense, scientists say. 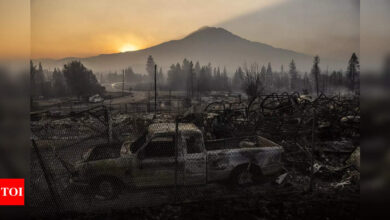 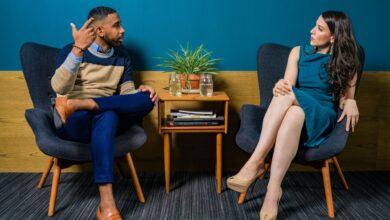 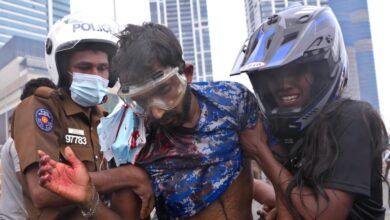 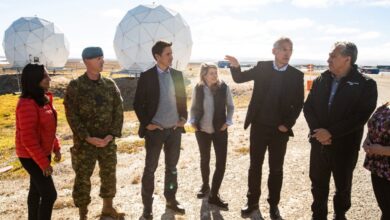