LIMA: Peru’s Supreme Court on Thursday ordered the overthrow of the president Pedro Castillo continues to be detained for another 18 months after his arrest last week, which has sparked deadly unrest in the South American country.
Castillo was sacked and detained after he tried to dissolve the legislature and vowed to rule by decree, what opponents say is an attempt to evade an impeachment vote in context of several corruption investigations.
According to prosecutor Alcides Diaz, the former leftist teacher was charged with sedition and conspiracy and could face up to 10 years in prison if convicted.
A Supreme Court judge granted prosecutors’ request to detain Castillo, saying he was at risk of absconding after trying to seek asylum at the Mexican embassy in Lima. The detention order runs until June 2024.
The health ministry and regional government say his removal has sparked protests across the country, with the death toll now at 15. Thousands of people protest daily across the country despite the situation. state of emergency, including in the capital Lima on Thursday.
Clashes between the army and Castillo supporters left at least seven people dead on Thursday in the southern city of Ayacucho, the regional health authority said, with fighting near the airport also killing two. network, according to the country’s ombudsman.
Inspectors put the number of injured at 340, and police said at least half of them were their own.
Castillo’s supporters – dozens of them camped outside the prison where he is being held in the capital – remained undaunted and unyielding.
“I completely disagree with Peru’s judicial system, because everything is for sale,” protester Rolando Arana38 years old, said in Lima after the court ruling on the detention of Castillo.
“The president has been kidnapped. There are no other words to describe it,” Lucy Carranza, 41, said earlier.
On Thursday, a total of 300 people marched near the prison and chanted “Freedom for Castillo” under police supervision.
Dina Boluarte, the former vice president who was quickly sworn in as president after Castillo’s arrest, on Wednesday declared a nationwide state of emergency for 30 days.
On Thursday, she called on Congress to pass a constitutional reform that would allow her to hold elections scheduled from July 2026 to December 2023.
New elections are one of the main demands of the pro-Castillo protesters, including indigenous people from the central and southeastern Peruvian Amazon regions.
– ‘They don’t let him rule’ – Four airports have been closed due to protests, while more than 100 roads across the country remain blocked.
Hundreds of tourists have been trapped at Peru’s most popular attraction, the 15th-century Inca citadel Machu picchuafter train service to this location was suspended.
Protest leaders said they would reorganize new protests on Friday, demanding Castillo’s release, Boluarte’s resignation, closing Parliament and holding new elections.
Castillo and his attorneys were not present at his virtual release hearing.
The judge said Castillo refused to accept the summons, so his case was assigned to a public defense attorney.
The hearing was scheduled for Wednesday when Castillo’s original seven-day detention period expired but was adjourned 24 hours after the former leader’s lawyers argued they had not received the documents. necessary material regarding his case from prosecutors.
Castillo called his arrest unfair and arbitrary, and called on security forces to “stop killing” protesters.
Speaking outside the prison where Castillo is being held, his granddaughter Vilma Vasquez complained that his political opponents had waged a smear campaign against the former president even before he took office last year.
“From the first day he took office and even during the (election) campaign, we were (so-called) terrorists,” Vasquez said.
“They don’t let him manage, we are thieves, we are corrupt. We will stay here until he gets out of prison.”
Before his election, Castillo’s detractors tried to portray him as a dangerous communist and sympathize with the Shining Path rebels, who sowed chaos in the 1980s and 1990s. Castillo. says he fought against Maoist guerrillas.
He was in power for only 17 months in Peru, which is prone to political instability, and is now the sixth president in six years.
His brief tenure in office was marked by a power struggle with the opposition-dominated National Assembly, and six investigations into him and his family mainly for corruption.

You can ask the US Government for a free Covid test 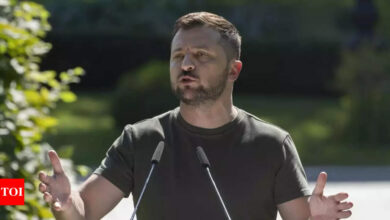 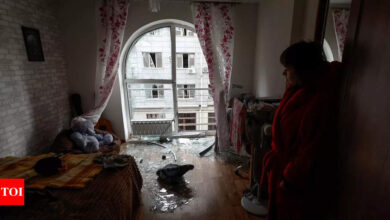 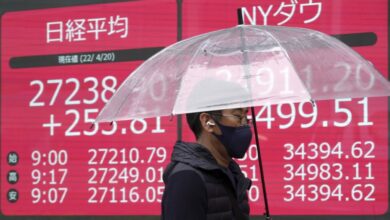 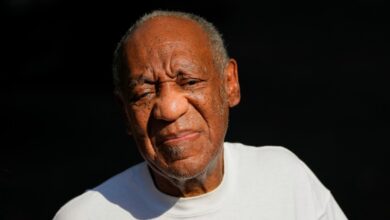