The decision-makers behind Sony’s console juggernaut spent a lot of 2022 putting down railway for 2023 and beyond, dumping money and time into growing the PlayStation brand beyond the funky-looking device in your entertainment center. The company wants the PlayStation name to be ubiquitous, and that has meant expanding not just in the form of video game acquisitions and new services, but bringing the PlayStation line into new mediums and markets. So, while Horizon Forbidden West and God of War Ragnarök bookended the PlayStation 5’s 2022 on the video game side, the brand was busy throughout the year.

PlayStation Productions, Sony’s film and television subsidiary dedicated to putting out adaptations based on the company’s video games, released its first project this year in the form of the Uncharted movie. Featuring Spider-Man star Tom Holland as a vague amalgamation of Nolan North’s original interpretation of Nathan Drake and his own version of Peter Parker if he was slightly more stoic, the film also has Mark Wahlberg as a character who shares his name (and little else) with Nate’s father figure, Victor “Sully” Sullivan. The movie is, at best, aggressively fine. It took a critical beating, but did rake in over $401 million globally at the box office. Sony has plans to make Naughty Dog’s cinematic action game series into a full-blown movie franchise.

While Nathan Drake put the PlayStation Productions logo in theaters, the company is spreading its brands out to several channels. Amazon is making a God of War TV show, Netflix is signed on for a Horizon series, and Peacock will stream a Twisted Metal show. (Yes, Anthony Mackie is set to star in a series inspired by a vehicular combat franchise that had its heyday on the PS1 and hasn’t seen a proper entry in over a decade.) The next project from PlayStation Productions is the upcoming Last of Us HBO show, which those involved with are promoting in very normal and sensible ways.

Whether any of the above will be any good remains to be seen, but Sony is making deals to put PlayStation characters on more screens and subscription services. The company has clearly decided that PlayStation games aren’t enough, and that they can instead be the origin point for an expanded universe that ties into the games its first-party studios are putting out. Speaking of…

Putting an Uncharted movie in theaters and a Last of Us show on TVs is one piece of Sony’s new business model, but the company is also pairing these live-action adaptations with re-releases of the source material. Just a week before the Uncharted film launched, Sony released the Uncharted: Legacy of Thieves Collection, which brought both Uncharted 4: A Thief’s End and Uncharted: The Lost Legacy to PlayStation 5, a console they were readily playable on through backward compatibility. Oddly enough, this only included the last two games in the series, rather than the three games that preceded them. But it was an Uncharted product that people could buy after seeing the movie, or even before, as it included a free ticket to the film.

The Last of Us Part I, a remake of the 2013 original, launched in September to both praise for the source material and the technical upgrade the release brought to it, as well as a slew of criticism surrounding its $70 price point. The remake carried a cloud over it after a Bloomberg report exposed internal politics at Sony surrounding the project, which began under a PlayStation support studio before gradually becoming a Naughty Dog product. The whole situation stinks to high heaven, but it did conveniently fit into Sony’s business model of making its games into an extended universe. Now, there will be a (near) full-price Last of Us game on store shelves when the HBO show premieres on January 15.

PlayStation continues to expand beyond consoles and to PC

Both of these re-releases were part of a PlayStation initiative to get more of its games on PC. Uncharted: Legacy of Thieves brought the series (again, just the last two games, rather than any of the foundational ones that came before) to PC for the first time in October, and The Last of Us Part I will bring Joel and Ellie’s story to a computer near you in March. But it wasn’t just Naughty Dog’s games that got PC love, as God of War, Sackboy: A Big Adventure, and Marvel’s Spider-Man and its Miles Morales spin-off also launched on PC in 2022.

All that being said, we still have yet to see PlayStation release its first-party games on both its consoles and PC simultaneously. God of War launched four years late on PC this year, but its sequel, Ragnarök, only came to PS4 and PS5 in 2022. It’s been heartening to see Sony make more strides in the space, but hopefully in 2023 we see a more immediate commitment to bringing its games to those who play on PC.

All of these adaptations and ports were doubling down on PlayStation’s established brands, but the company also made its fair share of acquisitions and investments in the company’s future, as well. The most notable of these acquisitions was Destiny 2 developer Bungie, which PlayStation bought for a whopping $3.6 billion in January. However, it has no intention of making the shooter exclusive to its platform. The company also acquired the Jade Raymond-led Haven Studios, which hasn’t even released a video game yet.

Outside of the AAA space, Sony also acquired Savage Game Studios, whose founders previously worked on mobile hits like Angry Birds and Clash of Clans, in an attempt to kickstart a new mobile gaming division. The studio is apparently at work on a new project for phones and tablets based on an established PlayStation IP.

PlayStation VR2 seems like an upgrade, but with caveats

Sony kicked off 2022 by announcing its second virtual reality headset, aptly named the PlayStation VR2. It sounds like a meaningful upgrade from the original PlayStation VR headset Sony released in 2016, with an impressive-sounding OLED, 4K resolution display, dedicated controllers so you won’t have to use your old PlayStation Move wands anymore, and a single-cord setup that will make using the whole thing more manageable. However, as news has come out about the device, things have gotten a bit more troubling.

The most egregious drawback Sony has confirmed is that original PlayStation VR games won’t be compatible with the PSVR2 headset. Senior Vice President of Platform Experience Hideaki Nishino said on the PlayStation Podcast that this is because “PSVR2 is designed to deliver a truly next generation VR experience,” citing much of the new headset’s tech as being incompatible with old PSVR games. Regardless of whatever explanation Sony has to offer, it’s a bummer that the PlayStation 5 seemed to be developed with more future-proofing in mind and now we’re dealing with backward compatibility issues again. So if you want to keep playing your old PSVR games, don’t throw your old headset out.

Oh, and the device will cost $550 when it launches on February 22 of next year, making it more expensive than the console it’s played on.

PlayStation Plus, Sony’s long-running subscription service for playing games online and collecting a vast array of “free” games, saw a revamp this year that put it more in-line with Microsoft’s Xbox Game Pass. It doesn’t seem like it’s gotten the same resounding love as its direct competitor, though. PlayStation Plus now has multiple tiers, which each have different included features and perks.

Compared to Xbox’s native backward compatibility, streaming old games isn’t exactly an ideal alternative, especially for those who live in rural areas where internet download speeds can’t keep up.There’s a lot of potential in what PlayStation Plus offers right now, but it sounds like it’s having a retention problem following the big relaunch, with millions of subscribers canceling their membership in the months since.

The PlayStation 5 is (somewhat) easier to find

The PlayStation 5 is two years old now, but the console is still relatively difficult to find due to supply chain issues that are expected to last well into 2023, if not longer. But as we get further away from the original launch and demand starts to calm down, it’s become marginally easier to track down and buy a PS5 of your own. Brick-and-mortar stores are still hit or miss, but Kotaku had a bit more luck finding the box on digital storefronts. So hopefully by the time Spider-Man 2 launches next year, those still looking for a PlayStation 5 won’t face a massive ordeal.

The PlayStation 4 hangs on a little bit longer

That being said, Sony still wasn’t quite ready to let go of the PlayStation 4 in 2023. The company’s biggest games this year, Horizon Forbidden West, Gran Turismo 7, and God of War Ragnarök, all launched simultaneously on the PS4 and PS5 and were pretty alright experiences on the last-gen console. You know, if you’re cool with your PS4 sounding like it’s ready to take off on a flight across the Atlantic.

But looking forward, it seems 2023 will be the year Sony really starts to leave the old system behind. That’s a respectable ten years of service since its original 2013 launch, and PlayStation Studios now seem squarely focused on the PS5. Spider-Man 2, the VR spinoff Horizon Call of the Mountain, and Insomniac’s take on Wolverine were all announced as PS5 exclusive, so hopefully as this transition takes root, the PS5 becomes more readily available next year.

Janhvi Kapoor presses outside her gym in the city 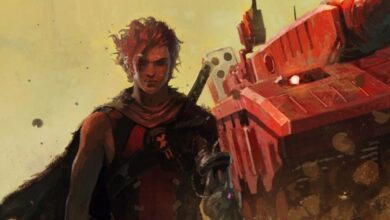 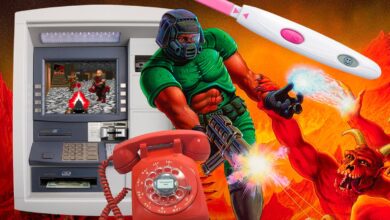 The weirdest devices that can play Doom, including a LEGO brick and an ATM 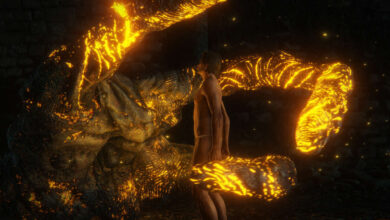 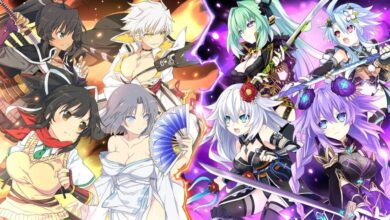