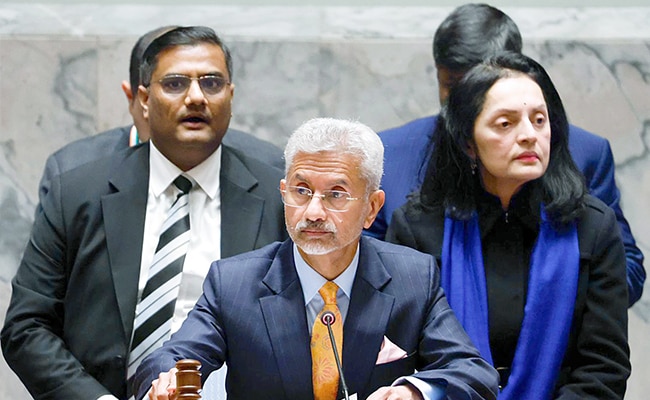 Foreign Minister S Jaishankar on Thursday told the United Nations Security Council that the “contemporary terror focus” remained very active as he lamented that evidence-based proposals on terrorists in The blacklist is suspended without good reason, in an insidious attack on China and its countries. close ally, Pakistan.

S Jaishankar, chair of the ‘UNSC Brief: A Global Approach to Combating Terrorism: Challenges and the Way Ahead’, described terrorism as an existential threat to peace and international security and says they do not discriminate on the basis of borders, nationalities or races.

“The terrorist threat has actually become more serious. We have seen the expansion of Al-Qaida, Da’esh, Boko Haram and Al Shabab and their affiliates,” he said in Address to the Council of 15 States.

S Jaishankar, speaking in his national capacity, said that “on the other end of the spectrum are ‘lone wolf’ attacks inspired by online extremism and prejudice. But Somewhere in all of this, we cannot forget that old habits and established networks are still alive, especially in South Asia. very positive, whatever can be done to reduce the uncomfortable reality.”

He was apparently referring to Pakistan, which has been accused by neighboring countries of harboring terrorists and providing safe havens for a number of terrorist groups such as al-Qaida, Lashkar-e-Taiba and the Taliban. .

Highlighting the specific challenges that the counterterrorism structure is currently grappling with, S Jaishankar highlighted the need to address double standards in counter-terrorism, leading to concerns about politicization.

“Unified criteria do not apply to punishing and prosecuting terrorists,” he said. “Sometimes it seems that the use of terrorism is more important than the actual trick or its consequences.”

S Jaishankar says that the working method of the mechanisms involved is also a subject of controversy and legitimate concern.

“To some extent, we’ve seen defenses that are close to justification. Then there are proposals that are proven proof but postponed without giving a satisfactory reason. On the contrary, there have even been people resorting to anonymity to avoid possession of things that can’t be defended,” he said.

His remarks strongly alluded to the fact that India repeatedly kept and blocked proposals to blacklist terrorists based on Pakistani soil, in the UN Security Council sanctions committee. by the permanent member of China has veto power.

Over the past five months, China, a permanent, veto member of the United Nations Security Council, has rejected numerous Indian and US listing proposals to designate terrorists based in the United Nations. based in Pakistan under the Council’s 1267 Al Qaeda Punishment Commission regime. .

“The world cannot afford a lack of attention or tactical compromise. The Security Council is leading the global response on this.” Highlighting four specific challenges that the counterterrorism structure currently grapples with, S Jaishankar pointed to the issue of terrorism financing and State accountability, whether by mandate or omission.

“The world may no longer be as willing to buy justifications and cover-ups as it was in the past. Through bitter experience, we know that terrorism is terrorism, whatever the explanation. The question now arises. It is now the responsibility of the state from which actions are planned, supported and carried out,” he said.

He emphasized the challenge of ensuring the integrity and accountability of multilateral counter-terrorism mechanisms and their working methods. “Sometimes they’re unclear, sometimes driven by agendas, and sometimes driven without evidence.”

He began his speech by telling the Council that India had to face the horrors of cross-border terrorism long before the world took the issue seriously. “Over the decades, we have lost thousands of innocent civilian lives. But we have fought terrorism resolutely, courageously and uncompromisingly.”

He quoted Prime Minister Narendra Modi, who has stated: “we consider that even one attack is too much and even one life lost is too much. So we will not rest. until terrorism is eradicated.” Jaishankar said that countering the threat posed by terrorists’ abuse of new and emerging technologies “could be the next frontier in our fight.”

He notes that one of the challenges is “how do we deal with disparate standards, both on and off this Council. For a long time, some have persisted in the belief that Terrorism is just another tool or ruse. Those who invest in terrorism have used such skepticism to continue. It is not simply wrong but can be downright dangerous, even for the very people whose tolerance extends this far.”

“No single country should be trying to politically benefit from terrorism, and none of us together should make such calculations. When it comes to tackling terrorism, we are all together.” must overcome political differences and demonstrate a zero-tolerance approach,” he added.

Before the meeting, S Jaishankar asked representatives of member states to remain silent for one minute in memory of the victims of terrorism. 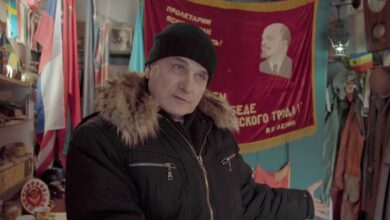 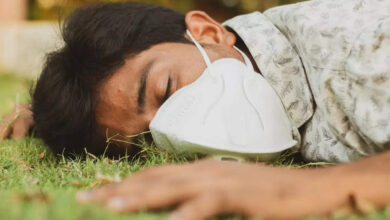 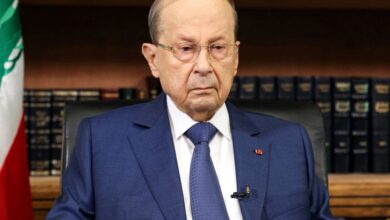 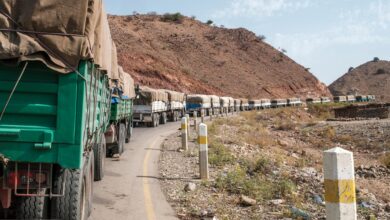