This often takes place with a written social contract, and this contract may outline protocols, expectations, limits and boundaries. The ‘S’ and ‘M’ stands for sadism and masochism, more commonly referred to as SM or sadomasochism, which is the giving or receiving of pleasure, often sexual, from acts involving the infliction or receiving (or both) of pain and/or humiliation. Finally, the ‘M’ and ‘S’ stands for master and slave. This relates to a relationship dynamic between two consenting adults, where one assumes authority, power and responsibility over a willing partner.

Lohani says, “You might want to take a moment to think about any activities you and your partner have introduced into your sex life that are outside of what is known as ‘vanilla’ sex.”

• Do you like your partner to dominate in certain scenarios?

• What kinds of fantasies have you had?

• Have you ever broached these with your partner?

• Does the idea of being restrained appeal to you?

• How about extreme sensations or role play?

• Perhaps you secretly want to submit to another person but want to feel safe in doing so?

Talking to Your Partner About Your Fantasies

“If you feel okay to do so, simply ask your partner what they like in the bedroom – ask if they have ever had any fantasies. Their preference may not always be about acting out a fantasy scene; sometimes it’s about a little physical stimulation – perhaps one of you would like to bite or nibble the other? Or perhaps you like it when you are scratched or spanked?

“I would open up the conversation away from the bedroom and, if it feels good and you are on the same page, go ahead and try out some of these sensory experiences, communicating all the time during new interactions to be sure that you are both okay with the intensity. You will hear me say this time and time again… if you can’t say the words, should you really be doing the deed?”

“It’s worth noting that fantasy means it is not real, and so some fantasies are best kept as a fantasy. I’m not suggesting that you shouldn’t act out some fantasies, so long as you remember to ensure you and your partner are okay. If you harbour a rape fantasy, acting it out involves pretending with a consenting adult with predetermined limits and a safe word. It doesn’t mean raping your partner.

Role play is a great way to start exploring kink, as you get to act out being someone else, so you can defer some of the anxiety of doing the things you secretly want to do.Lohani Noor

“If you have never tried anything diverse, you might just want to start with simple sensation experiences. Agree to be more conscious in your next sexual encounter. Don’t drink or take drugs or do anything at all to alter your alertness. Give yourself permission to see your partner and be seen. Role play is a great way to start exploring kink, as you get to act out being someone else, so you can defer some of the anxiety of doing the things you secretly want to do.”

Some examples of role-play would be

• Being a stripper – male or female.

• Being paid or paying for sex.

• Being a police officer, vicar or teacher, where the sex is essentially off-limits but a person is eventually seduced.

• Being a complete stranger.

• Having sex with a superhero or heroine.

• Animalistic sex, with one or both of you being the animal.

Our sexual sense of ourselves changes constantly as does our sense of ourselves in the world. We progress through developmental life stages and as such it’s ok to let ourselves change our lifestyles, wants and needs to account for our developing self. Hold your idea of your sexual self loosely, what is ok today may not be tomorrow, and visa versa.  As such, check in with yourself often and check in with your partner too. Is the sex you are having reflective of where you are at in your life. Do you need anything to be different? Keep talking and keep practising bringing more of your authentic self to the sexual dynamic, whatever it may look like.”

Please be warned: similar media messages about BDSM as a device to ‘liven up your sex life’ may lead to experimenting with an alternative sexuality without much forethought or understanding of essential concepts relating to your own, or your partner’s, psychological and physical safety. For this reason, I want you to be very clear on the difference between SM and abuse. Abuse is any violent or aggressive behaviour within the home or between a couple, often involving abuse of an intimate partner, spouse or individual unable to care for themselves (for example, a dependent elder). Domestic violence is a pattern of abusive behaviour, actions or threats of actions that influence another person in any relationship that is intimate or sexual in nature, and is used by one partner to gain and/or maintain power and control over another. Abuse can be physical, sexual, emotional, economical or psychological.”

• Abuse is out of control.

• Negotiation occurs before a scene to determine what will or will not happen.

• Abuse is when one person determines what will happen.

• Knowledgeable consent is given by all parties.

• Abuse happens when no consent is requested or given.

• The ‘bottom or submissive’ has a safe word that allows him or her to stop the scene at any time for any reason.

• Abuse is when the person being abused cannot stop what is happening.

• Everyone involved in an SM scene is concerned about the needs, desires and limits of others.

• Abuse happens when no concern is given to the needs, desires and/or limits of the person being abused.

• Abuse often happens when alcohol or drugs are used before and/or after abuse.

• After an episode of abuse, the people involved feel bad.

“So, the key elements in BDSM dynamics are those of control and informed, consensually negotiated situations, where everyone involved cares about each other’s needs and limits. Specifically, informed consent requires that all parties are fully aware of the impact of the specific type or method of play that will take place during a scene or relationship and the skill or level of ability needed. By contrast, abusive relationships are out-of-control, non-consensual situations where there are no agreements in place, or any concern about meeting each other’s needs or limits. Abusive situations lack meaning – for example, they lack the ritual or community involvement that I’ve talked about. Most importantly, after a consensual SM scene, the people involved feel good. It is well documented that, afterwards, individuals experience a reduction in the physiological stress hormone cortisol and report feeling closer to their partner or group.

It may sound counter-intuitive, but the more rules there are in the bedroom, the more freedom you can experience.Lohani Noor

Many people perceive the submissive as utterly powerless, but this is not true.Lohani Noor

“There are also many misconceptions around dominant and submissive play. Many people perceive the submissive as utterly powerless, but this is not true. Although passive, the submissive actually holds significant power. He or she negotiates terms with the dominant and, at any time during the activity, can stop proceedings by using a predetermined safe word.”

For instance, people who might identify as ‘furries’ escape into a world where animals are anthropomorphised, be it a wolf or a cartoonish character such as Mickey Mouse. Dressage Involves equine role play, and puppy play draws on a similar theme, only with participants taking on the persona of a young dog. Leather-sex culture and age play includes ‘little play’ where one or both partners play the role of someone not their own age.”

For larger events, the NCSF recommends the following:

How to Deal With Kink-Shamers and Judgement

Do speak up, if it is safe to do so, challenge the person attempting to shame you. Ask them to explain their thinking.Lohani Noor

“Talk about kink-shaming experiences with someone you can trust. Doing this will help you process the situation and find a safe and effective way to deal with it. Do speak up, if it is safe to do so, challenge the person attempting to shame you. Ask them to explain their thinking. This will hopefully stop the person attempting to shame you from progressing their hurtful narrative. Look after yourself always and be sure to keep good emotional boundaries. You don’t have to disclose anything at all about yourself or explain your behaviours to anyone.” 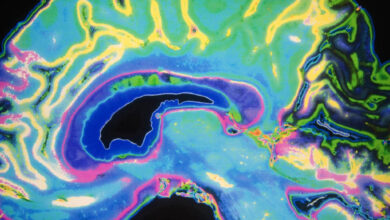 Ask Gerda: Are There Side Effects From MRI Contrast Dyes? 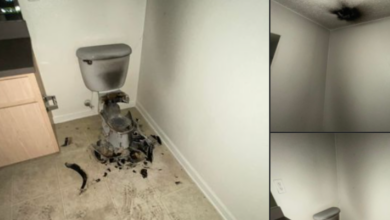 The toilet was shattered by lightning at Okmulgee apartment 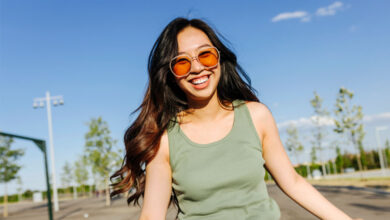 Chi AirTwist is the child of Flat Iron and Dyson AirWrap 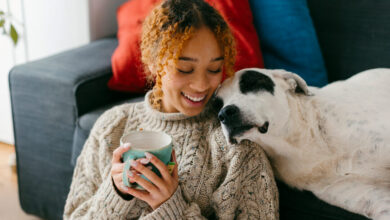