A US District Court has ordered that Tesla must tell employees about a lawsuit alleging the automaker violated federal and state law by requiring employees to sign separation agreements.

Two former Tesla employees filed a lawsuit in July, alleging that the company required them to sign releases in exchange for fewer severances than federal and California law requires. Attorneys have asked the U.S. District Court for the Western District of Texas to block the automaker from requiring laid-off workers to sign the release in exchange for just one week of severance rather than the eight weeks prescribed under the law.

More than 500 other employees have been laid off from Tesla’s Gigafactory 2 in Sparks, Nevada, following CEO Elon Musk’s announcement that the coming recession will force the company to lay off 10% of its workforce. wage. The Court Order issued Friday protects workers laid off on or after June 19.

The lawsuit – filed by two employees fired in June from Tesla’s Gigafactory 2 in Sparks, Nevada and another from Tesla’s Palo Alto store – alleges that the company violated Section 1400 of the California Labor Code, as well as the Federal Worker Adjustment and Retraining. Act of notice by dismissal of workers 60 days without notice.

“Plaintiffs allege that the separation agreements made after this lawsuit was filed were coercive, abusive, and misleading because Tesla failed to notify terminated employees/potential members. capacity of ‘pending lawsuits and rights they may waive’,” according to the court order.

Tesla filed in August to refute the claims. On Friday, the Court ruled that the company must continue to notify its employees of the lawsuit “until the Plaintiffs’ claims are resolved in federal court or in arbitration. “

The Court denied the claimants’ claims for payment and benefits within the 60-day notice period. 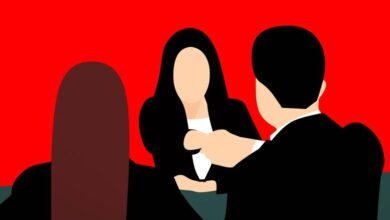 Many rapid delivery startups, which surged during the pandemic, have either retreated or shut down after struggling to make the economics work (Arielle Pardes/Wired)

An in-depth look at a 2019 cyberstalking campaign by eBay employees against two critics who are now suing the company, its former CEO, and others for harassment (David Streitfeld/New York Times)