Henry Ford’s five-day work week was seen in 1926 as a revolution when it gave his employees Saturdays off. How gracious of him, right? And a short time later, in 1932, the five-day week was officially codified for all workers in the United States. But, after a century of Ford’s “radical” idea — is the next workplace innovation the four-day workweek?

However, companies of all sizes have been tinkering with four-day work weeks worldwide. Down in New Zealand, consumer-goods corporation Unilever implemented a 12-month test run of a shorter work week. The four-day working week became a reality in Spain in March of 2021 after several dozen companies participated in a pilot project. Fundraising company Kickstarter will test the four-day work week with employees in 2022. Also, in 2022, home improvement retailer Lowe’s adopted a four-day workweek.

But that’s not all. Scotland, Iceland, Japan, Belgium, and the United Arab Emirates all have four-day workweek pilot programs in the works. Additionally, Democratic Congressman Mark Takano introduced legislation reducing the standard workweek from 40 to 32 hours here in the United States.

The world’s most extensive 4-day workweek trial run occurred in the U.K. in 2022.

All eyes are on the U.K.

To determine whether a similar model is possible and supported in the United States, over 3,300 workers and 70 British companies participated in the trial in the U.K.

So far, so good. But is a four-day workweek really a good idea? Well, let’s weigh the pros and cons.

What is a Four-Day Workweek?

Before getting too far ahead of ourselves, let’s have a brief rundown on what exactly a four-day workweek is.

You could work 32 hours with a four-day workweek without losing productivity, pay, or benefits. There might be a Monday-through-Thursday work week with Fridays off — depending on the industry and the company. Alternatively, each employee could choose their third day off, or the company could have a third different day off policy on Mondays or Wednesdays.

Both options have their pros and cons. When everyone works at the same time, collaborative work is enhanced. But the company will be unstaffed when most others are. Individual employees may prefer a flexible third day off, but teams may struggle with it.

It may seem unorthodox to work a four-day week. Over the last century, however, we have gradually reduced the number of hours worked per week.

In 1890, a full-time employee within a manufacturing plant worked an average of 100 hours per week, according to the United States government. But, by the mid-20th century, manufacturing employees were on average working 40 hours a week. So, as radical as it may seem, reducing our current work week to 28 hours is not as drastic as it may seem.

The Pros of a Four-Day Workweek

In a report in The Atlantic, people who work a four-day week say they’re healthier, happier, and less stressed. As a result, their employers report that their employees are more productive and focused. In addition, 94% of employees have a positive sense of well-being when they feel their employer cares about them. Also, according to research, it is best not to work intensively for more than four hours per day.

Some of the most significant advantages of a four-day work week are as follows.

The relationship between productivity and hours worked was studied by Sanford University. It was found that those who work an overworked schedule are actually less productive than those with a regular work schedule.

During a trial study conducted by a New Zealand company, Perpetual Guardian, four-day work weeks were tested. In addition to maintaining their productivity levels, employees improved their job satisfaction, teamwork, work/life balance, and loyalty to the company. There was also a decrease in stress from 45% to 38% of employees.

Norway, Denmark, Germany, and the Netherlands, along with some of the world’s most productive countries, work on average 27 hours a week, the same hours suggested for a four-day work week in the U.K. In contrast, Japan, a country notorious for overworked employees, ranks 20th out of 35 countries in terms of productivity. In fact, Japan’s four-day workweek experiment led to a 40% increase in productivity.

Physical and mental well-being is improved.

Several positive side effects are reported by employees who work fewer days per week. Whether it’s exercising more, finishing a Master’s program earlier, volunteering more, or maintaining a healthy work-life balance, these measures can help. In turn, this contributes to a worker’s increased productivity. “I like to take walks … just wander and let my brain breathe,” Natalie Nagele, Wildbit CEO, told The Atlantic.

A more balanced life leads to less stress for parents with children. In addition, they spend more time with their families. In addition, caregivers of aging parents have the opportunity to help them. “One of the biggest factors in people’s level of work-family satisfaction is the pure number of work hours they have,” Melissa Milkie, a sociologist at the University of Toronto who studies time use, told The Atlantic. “So cutting it is huge … It would re-balance things for working families.”

“I can enjoy my weekend now because I’ve got my Friday for my chores and my other bits and pieces or… if I want to take my mum out for a walk, I can do that now without feeling guilty, Lisa Gilbert, a lending services manager at Charity Bank, told CNN Business.

In addition to caring for her son and two elderly parents, Gilbert gets an extra day off a week, which allows her to spend more time with them.

A compressed or reduced 4-day workweek can motivate your employees. As with any other benefit, it’s perceived as a way for the company to support its employees both on and off the clock.

Moreover, the rarity of these programs may encourage your staff to work hard to earn them or keep them.

It has improved employee engagement.

Employees are more likely to be satisfied and committed if they have four days off each week. They have enough time to rest and recover, which allows them to return to work feeling ready to take on new responsibilities.

Over half, 51%, of business leaders surveyed by Henley Business School reported savings on facilities and utilities, and almost two-thirds reported increased productivity.

Employees have that extra day off during traditional business hours to schedule personal needs. As a result, they can make doctor’s and other appointments on their regular day off without taking time away from work. According to the same study, 62% of business leaders report that fewer sick days are taken.

We have increased employee attraction and retention.

It has been reported that job postings listing four-day workweeks have tripled within the last five years. Post-pandemic challenges may make this trend continue. As the competition for talent surges, top job seekers are looking for the best potential opportunities.

Furthermore, focusing on wellness and avoiding burnout is key to retaining employees. In a 2020 Gallup poll of over 10,000 workers, workers who worked a 4-day week reported the lowest level of job burnout. Among employees with a four-day work week, 63% reported thriving wellbeing.

Utah’s state government employees showed a significant environmental impact from reducing work week length from five to four days through a compressed work schedule during a trial conducted in the state. Over $1.8 million was saved in energy costs due to closing the large office building on Fridays. In addition, the state estimates it could save 12,000 metric tons of CO2 by working one day less a week, equivalent to removing 2,300 cars from the road for one year.

The Cons of a Four-Day Workweek

It is true that a four-day work week has many benefits. But there are also a few disadvantages that shouldn’t be ignored. For example, the study involving Swedish nurses found that the project wasn’t cost-effective in the long run.

There is a cost.

Some argue that recruiting employees would be expensive with a four-day work week. In the U.S., as in other countries, employers offer full-time employees more than just their annual salary. They also throw in benefits like pensions and health insurance. As a result, employers may not be able to hire more employees to cover the reduced number of working hours.

Additionally, many workers in many countries prefer working fewer days a week – or fewer hours – in return for a higher salary. YouGov and HuffPost surveyed approximately 50% of American workers in 2014 and found that they would work an additional day a week for 20% more pay. Part-time workers were even more likely to make the trade.

Despite providing some great environmental results and employer and employee benefits, the Utah study closed due to unsatisfactory customer feedback. Due to government offices being closed on Fridays, customers complained they couldn’t access government services.

However, companies can improve customer satisfaction by using technology, such as chatbots and AI-powered websites. How? By allowing customers another avenue for support instead of relying solely on employees.

Not everyone can participate.

Companies must deal with problems during the weekday and weekends regardless of the industry. However, planning and forethought are required to cover every aspect of the business during the workday.

Compressing the workweek may be complicated by the need for your team to assist customers or other team members. Furthermore, this can make finding appropriate coverage during working hours a chore.

Additionally, internal scheduling may cause problems in managing client needs. For example, scheduled meetings can be planned in advance in the workweek. On the other hand, impromptu or emergency meetings might be more problematic.

Also, when employees who are off cannot attend brainstorming sessions, there may be limited input. How often these events occur in an organization may determine whether a 4-day workweek is feasible.

Workers may still put in the same amount of time.

In some cases, reducing hours may not be feasible for specific jobs. For example, one experiment in France found that workers put in the same number of hours regardless of the four-day work week. So what’s the only difference? Overtime costs were added to the company’s expenses.

There’s nothing better than a 3-day weekend, is there? Businesses usually structure their 4-day week this way (Mondays and Fridays off). To maintain that benefit, you will have to work harder during your ‘on’ days to ensure you don’t lose your ‘off’ days.

Most employees surveyed said a four-day week helped them maintain a work/life balance. So having a flexible schedule is a plus. But if the work portion adds more stress, it might not be worth it.

Should You Adopt a Four-Day Workweek?

There are many advantages to condensing workweeks, such as increased productivity and more time to pursue personal interests. But, at the same time, some industries, businesses, or individuals don’t work well with a four-day schedule. In addition, it won’t magically fix toxic workplaces or unpleasant jobs.

The COVID-19 pandemic has led to a reevaluation of work worldwide, which has increased interest in four-day workweeks. As a result, we must adjust our mindset and culture to make it the new normal, deemphasize work, and examine work activities that can be automated, deprioritized, and eliminated.

However, if you want to give a four-day workweek a try, consider the following strategies:

We are Calendar, trying to make the world a much more productive place. Check us out online at https://www.calendar.com.

Uvalde is under scrutiny: What we know about key figures involved in photographic feedback

Ahead of US midterms, a look at TikTok's struggles to keep misinformation off of its platform during foreign elections, like in Australia and France this year (Tiffany Hsu/New York Times)

Media-measurement giant Nielsen says it has turned down a bid by a private equity consortium, after reports of a potential acquisition caused its stock to soar (Brian Steinberg/Variety) 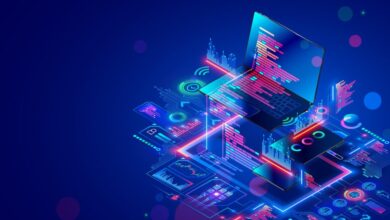 Software testing for metaverse experiences: Here’s what you need to know 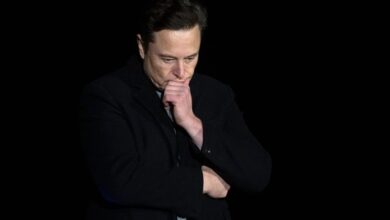