EXPERT TEST – Russia is slowly becoming dominant in Ukraine and the West is starting to lose focus. Neither France nor Germany nor the United States and Great Britain had a unified idea of ​​how this war would end. And there is no credible deal with Putin that anyone can count on. So some new thinking is needed. The Black Sea and Belarus offer two options.

To paraphrase BBC journalist Quentin Somerville; if you still think Ukraine is winning the war ‘you didn’t pay attention’. In recent weeks, Ukraine’s brilliant success in defeating the Russians north of Kyiv has been replaced by a gradual and brutal Russian advance in the Donbas. This is a reversal from traditional Russian books from the Second World War. No other country has a track record of withstanding such a high level of casualties while enduring and causing extreme suffering. Russia intends to capture Donbas village by village and town by town using artillery in a war of attrition that Ukraine cannot match.

Meanwhile, the West has shown a lack of “strategic patience” shown last August in Afghanistan. Where the top news channels previously had high-profile hosts covering the rooftops of Kyiv, news on Ukraine has fallen below related concerns over food and energy prices, not yet. including celebrity trials.

French President Emmanuel Macron was the first to break cover with the suggestion that President Volodymyr Zelensky should sue for peace by making concessions to Russian President Vladimir Putin. some territory. It would be a surprise if Macron’s ‘show of solidarity’ visit to Kyiv last week with German Chancellor Olaf Scholz and Italian Prime Minister Mario Draghi, did not include some ‘motivation’ to settle. The next day, British Prime Minister Boris Johnson made a surprise trip to Kyiv to strengthen Zelensky’s resolve.

While it may be gratifying to see the British government stand up to what looks like appeasement from Paris, Berlin and Rome, its ultimate goal is also unclear. US President Joe Biden also seems unclear about his goals. He even talked about regime change in Moscow. Dreaming is not a policy.

Had speculate that Putin has cancer or that he could be overthrown by a palace coup. Meanwhile, Berlin’s much-vaunted foreign policy transition at the end of February looked increasingly illusory as German arms deliveries failed to reach the front.

So, what will stop Putin?

One possible outcome is that his army crumbles under the pressure of casualties and mutiny. Putin would be most in danger in the face of impending defeat. This is the moment when he can approach his nuclear arsenal and fire a tactical weapon as a warning to Ukraine and its Western supporters not to try to retake Crimea (for example).

It is also possible that Putin will halt his advance if the Russian army takes over the entire Donbas. He could then describe his intervention in Ukraine as a success and give himself a few years to rebuild his battered forces. The Army, Navy and Air Force will need to reform from the roots and branches after a campaign that has revealed poor training, inadequate equipment, and tactical and strategic inefficiencies.

But it is also possible that Putin will not stop until Odesa is captured. After capturing Kherson and making significant progress toward Mikolaiv, it was only 80 miles to Odesa and another 40 miles to the Moldova border. That would leave Ukraine denied the Black Sea coast and turn it into a landlocked country dependent on Russia for all of its maritime exports. After destroying Ukraine’s main industrial cities, Putin will turn Ukraine into a costly Western dependency.

But any attempt to capture Odesa would prolong the war by several months, if not years, and would entail the destruction of another city. It will cost the lives of thousands of Russians and will provide Ukrainians with excellent opportunities to counter long lines of communication, playing to Ukraine’s tactical strengths, rather than hoaxes. of Russia.

Whether Putin stops at the Donbas or tries to take Odesa, there is still a much bigger problem ahead. How can any peace treaty be concluded when Putin has made it clear that he has unfinished business; not only in Ukraine but also in Georgia, Moldova and the Baltic countries? Who can guarantee any deal?

Both the US and the UK failed to “guarantee” when Budapest Memorandum 1994 was violated by Putin’s invasion of Crimea in 2014. And the French and German ‘Normandy Format’ and Minsk Agreements provided no security to Ukraine this February.

Some argue that China could be a reliable guarantor. Although China has openly sided with Russia since the invasion, its actual stance is more nuanced. Beijing is suspicious of Moscow’s role in Central Asia and has had good relations with Ukraine. But it would be wise to invite Xi Jinping’s China to play a major political role in central Europe; at least when their own ambitions for Taiwan resonate so with Putin’s mission in Ukraine?

Under such circumstances, the territory for Macron’s concept of peace makes no sense. So Putin needs to be under more pressure. Some new strategic thinking is required.

Putin’s actions in the Black Sea are contrary to international law and should be vigorously challenged. One intriguing idea suggested by a defense policy expert would be a naval task force composed of neutral grain-importing countries (such as Egypt and Pakistan) to clear mines and reopen. Odesa for export.

Then there’s Belarus. President Alexander Lukashenko is clearly worried about another color revolution and doesn’t want to be drawn into Putin’s war. There have been recent reports of division in the lower ranks of the Belarusian army.

This would be a good time for the people of Belarus to overthrow their dictator as they did in 2020. 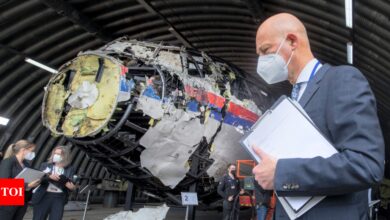 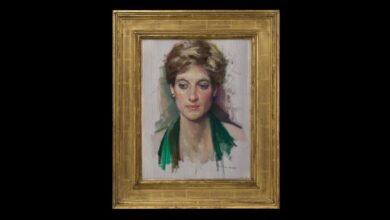 Portrait of Princess Diana on display in London 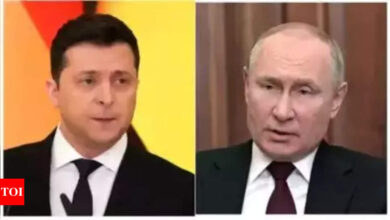 putin: Putin, Zelenskyy to be at G20 meet, says host 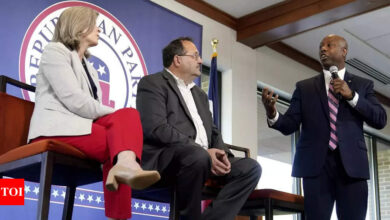