KYIV: President of Ukraine Volodymyr Zelenskyy on Tuesday visited an eastern city that has been the focus of some of the fiercest battles in Russia’s nearly 10-month war, while Russia’s President Putin praised the “courage and selflessness” of his front-line forces in Ukraine.
The president’s office said Mr Zelenskyy had met with servicemen in Bakhmut, where “fierce battles” took place between Ukrainian defenders and Russian invaders. The city, about 600 kilometers east of the capital Kyiv, remains in Ukrainian hands, hindering Moscow’s goal of capturing the entire Ukrainian Donbas region.
It’s not clear how Zelenskyy reached Bakhmut, but his unannounced trip to the war zone seemed designed to lift Ukrainian morale and frustrate the Russians trying to besiege the city. The president applauded the “courage, resilience and strength of the people shown in repelling the enemy’s attacks.”
“Bakhmut Fort. our people. Do not yield to the enemy. Brave people prove that we will endure and will not give up what is ours,” he wrote on his Telegram channel.
While the Kremlin tried to push the invasion stalled and the Ukrainians burned their belongings to try to stay warm, Putin praised his country’s military and security services during a ceremony in the Kremlin. Among others, he presented awards to Moscow-appointed heads of four regions of Ukraine that Russia illegally annexed in September.
“Our country regularly faces challenges and defends its sovereignty,” Putin said. “Now Russia is once again facing such a challenge. Soldiers, officers and volunteers are setting outstanding examples of courage and selflessness on the front lines.”
Russia’s land invasion, which began on February 24, has lost momentum in recent months. The annexed provinces – Donetsk, Kherson, Luhansk and Zaporizhzhia – remain bitterly disputed. Capturing Bakhmut, located in Donetsk, would cut off Ukraine’s supply lines and open a path for Russian forces to advance towards the cities that are key Ukrainian strongholds in the province.
Mercenaries from the Wagner Corporation, a shady Russian military company, are believed to be leading the attack in Bakhmut. Prior to the full-scale Russian invasion, Russian-backed separatists had controlled areas of neighboring Donetsk and Luhansk since 2014. Together these two provinces make up the Donbas.
The Kremlin released a video speech by Putin ahead of Tuesday’s awards ceremony. In it, he commended the security personnel deployed to the illegally annexed regions of Ukraine, saying that “the people who live there, the Russian citizens, count on being trusted by you.” guard”.
“Your duty is to do all that is necessary to ensure their safety and protect their rights and freedoms,” the Russian leader said on a national day commemorating the work of security services.
He promised to reinforce units stationed in the merged areas with more equipment and personnel. The regions are under pressure from a Ukrainian counterattack, as well as from Russian attacks on cities and towns that are not occupied.
Putin, a KGB veteran, also called on counterintelligence officers to step up efforts to “deflect the activities of foreign spy agencies and quickly track down traitors, spies, and criminals.” destructive”.
In Ukraine, the fighting raged in frigid weather, with at least five civilians killed and eight injured Monday through Tuesday, Zelenskyy’s office reported in a morning update.
Russian forces have attacked nine regions in the southeast of the country, it said.
The governor of Ukraine’s Donetsk, Pavlo Kyrylenko, said 19 cities and villages in the region had been shelled by Russian troops in the past day. The governor of occupied Lugansk, Serhiy Haidai, said the province was on the verge of a humanitarian disaster.
Haidai told Ukrainian television on Tuesday that local residents “are living in basements without heating, food or medicine” and have to burn furniture to keep warm.
As fighting in the east stalemate, Moscow has used rockets and drones to attack Ukraine’s power supply, hoping to leave locals without electricity as the cold winter weather sets in. .
Life in Ukraine’s capital took a small but welcome step towards normalcy with the reopening of two of Kyiv’s main metro stations on Tuesday, the first time since the start of the nearly 10-year war. last month.
The main hubs Maidan Nezalezhnosti and Khreschatyk, like the capital’s other metro stations, have served as shelters during Russian air raids.
Denys Kapustin, a 24-year-old passenger, said: “It feels like, despite everything, we are returning to a familiar routine. “This is very important, very important.”
Even so, United Nations Secretary-General Antonio Guterres said he did not see the prospect of negotiations to end the war in Ukraine in the near future and hoped hostilities would continue.
But he called late on Monday, asking for everything that could be done to avert the most devastating conflict in Europe since World War II in late 2023.

What does the Capricorn New Moon mean for your zodiac sign? 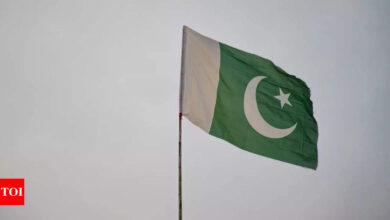 Inflation in Pakistan stands at 21.3%, highest in 13 years 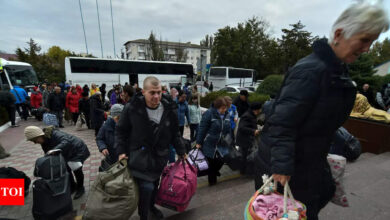