WASHINGTON: United States Senate late on Wednesday passed a voice vote on a bill banning federal employees from using the Chinese-owned short video-sharing app. TikTok on government-owned devices.
The bill still has to be approved by the US House of Representatives before being presented to the President Joe Biden for approval. The House will need to pass the Senate bill before the current congressional session ends, which is expected next week.
The vote is the latest action by US lawmakers to crack down on Chinese companies amid national security concerns that Beijing could use them to spy on Americans.
The Senate action comes after North Dakota and Iowa this week joined a growing number of US states to ban TikTok, owned by ByteDance, from state-owned devices amid concerns that data may be transferred to the Chinese government.
During the last Congress, the Senate in August 2020 unanimously passed legislation banning TikTok from government devices. The bill’s sponsor, Republican Senator Josh Hawley, is reintroduced into law in 2021.
Many federal agencies including the Departments of Defense, Homeland Security, and State Departments have ban TikTok from government-owned devices. “TikTok is a huge security risk for the US, and it has no place on government devices,” Hawley previously said.
North Dakota Governor Doug Burgum and Iowa Governor Kim Reynolds issued directives banning law enforcement agencies from downloading apps on any government-issued device. About a dozen US states have taken similar actions, including Alabama and Utah this week.
TikTok said the concerns were largely rooted in misinformation and was happy to meet with policymakers to discuss the company’s practices.
“We are disappointed that so many states are jumping on the political bandwagon to enact policies based on baseless misinformation about TikTok that will not help national security,” the company said on Wednesday. of the United States”.
Other states taking similar action include Texas, Maryland and South Dakota.
Republican Senator Marco Rubio on Tuesday announced bipartisan legislation to ban TikTok entirely in the United States, putting pressure on ByteDance due to US concerns the app could be used to spy on Americans and control browse content. Rubio is also a sponsor of the Hawley government’s TikTok device ban bill.
Rubio’s office said the law would block all transactions from any social media company within or under the influence of China and Russia.
At a hearing last month, FBI Director Chris Wray said TikTok’s activities in the United States raise national security concerns.
In 2020, when it’s the President Donald Trump tried to block new users from downloading TikTok and ban other transactions that would have effectively blocked use of the app in the United States, but lost a series of lawsuits over the measure.
The US government’s Committee on Foreign Investment in the United States, a powerful national security agency, in 2020 ordered ByteDance to divest from TikTok over concerns that US user data could be transferred to the Chinese government, although ByteDance did not.
CFIUS and TikTok have been negotiating for months to reach a national security agreement to protect the data of more than 100 million TikTok users, but it looks like no deal will be reached before the end of the year.

Ohnut vibrating ring adds to the fun of penetrating play 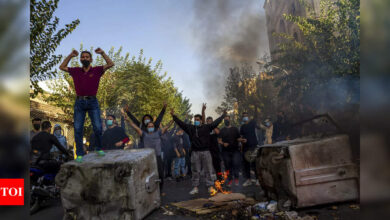 Saudi-Iran talks said to have stalled over protests in Iran 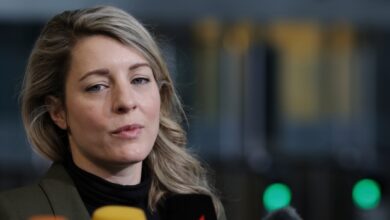 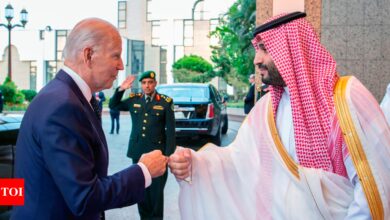 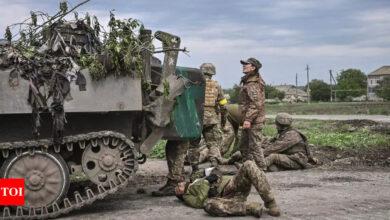