WASHINGTON: US will send $1.8 billion in military aid to Ukraine in a large package for the first time that includes a battery of Patriot missiles and precision-guided bombs for their warplanes, US officials said Tuesday, as the Biden administration prepares to pick up the president. Ukraine Volodymyr Zelenskyy to Washington.
US officials described details of the aid on condition of anonymity because it has not been made public. The aid signals an expansion of the advanced weapons the United States will send to Ukraine to bolster its air defenses against growing Russian missile attacks.
Officials said the support package, which is expected to be announced on Wednesday, will include about $1 billion in weapons from Pentagon stocks and another $800 million in funding through the Initiative. Ukraine Security Support, which funds weapons, ammunition, training and other support.
Zelenskyy and other Ukrainian officials have pressed Western leaders to provide more advanced weapons, including Patriots, to help their country in its war with Russia. Patriot will be the most advanced surface-to-air missile system the West has provided to Ukraine to help repel Russian air attacks. The timing of the military aid announcement – when Zelenskyy made his first trip out of Ukraine since the war began – sent a powerful message about the United States’ continued support for Ukraine as the war dragged on.
The aid comes as Congress prepares to pass another $44.9 billion in aid to Ukraine as part of a massive spending bill. That will ensure that US support continues next year and beyond when Republicans take control of the House in January. Some GOP lawmakers have expressed wariness about the support.
During the flash trip, Zelenskyy is expected to meet Biden at the White House, answer questions from the press and deliver a speech to Congress. White House officials said the visit, which came 10 months after the Russian invasion, was meant to help underscore Biden’s message that the United States would be there for Ukraine for as long as necessary to repel Russian forces.
Biden and Zelenskyy talked about the possibility of a visit during a December 11 phone call, and the White House officially extended the invitation three days later.
The decision to send the Patriot batteries came despite threats from the Russian Foreign Ministry that the delivery of the advanced surface-to-air missile system would be considered a provocative step and that Patriot and any crew members accompanying it would be the legitimate target of the Moscow army. .
But the White House is rejecting the notion that the Patriot deliveries mean an escalation of US involvement on behalf of Ukraine. A senior administration official, who spoke to reporters on condition of anonymity, said Biden had made it clear that his administration would be “tilted forward” in supporting Ukraine but “doesn’t seek to find a way” engage in a direct war with Russia”.
It is not clear exactly when Patriot will reach the front lines in Ukraine, as the US military will have to train Ukrainian forces on how to use the high-tech system. The training can last several weeks and is expected to take place at the Grafenwoehr training ground in Germany. To date, all US and Western training of Ukrainian forces has taken place in European countries.
Officials said the package also included an undisclosed amount of Joint Direct Attack Ammunition, or JDAM, kits. These kits will be used to modify giant bombs by adding tail fins and precision navigation systems so that instead of simply being dropped from a fighter jet on a target, they can be Release and navigate to the target.
US fighter jets and bombers use JDAM, and the Pentagon is working to modify them so that Ukraine can use them.
So far, the US has been reluctant to supply Ukraine with American fighter jets. Russia has warned the advanced aircraft would be seen as provocative, and the United States has so far said other weapons would be more suitable, citing the significant maintenance and training needs of the fighters. that fighter.
So instead of supplying Ukraine with those American planes, the Pentagon is helping Kiev find creative ways to upgrade its fleet with similar capabilities to American fighter jets.
The aid package will also include an undisclosed number of missiles for the High Mobility Artillery Missile System, thousands of shells and mortars, trucks and HARM air-to-surface anti-radiation missiles.
According to officials, the urgent pleas of Ukraine’s leaders and the severe destruction of the country’s civilian infrastructure, including power and heat outages during the winter, finally overcame reservations. reservation of the United States in providing the Patriots.
White House and Pentagon leaders have said consistently that providing Ukraine with additional air defenses is a top priority and that the Patriot missiles have been under consideration for some time. As winter closes in, officials say, and Russia’s bombardment of civilian infrastructure escalates, that consideration becomes even more of a priority.
American officials have been hesitant to provide Patriots to Ukraine because they could be seen as an escalation that could trigger a response from Moscow. In addition, there are concerns about the critical training that will be required and questions about whether the US military will be required to operate it. Biden has flatly refused to send any US combat troops to Ukraine.
A Patriot battery usually consists of up to 8 launchers, each of which can hold 4 missiles. It will come from the Pentagon’s training depots in the US.
The entire system, including phased array radar, control station, computer and generator, typically requires about 90 soldiers to operate and maintain. However, it only took three soldiers to actually shoot it, according to the Army.

The best sneakers for your knees need these features 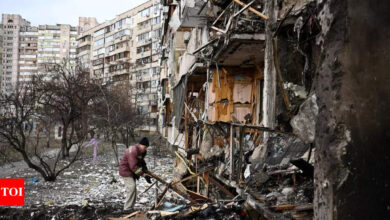 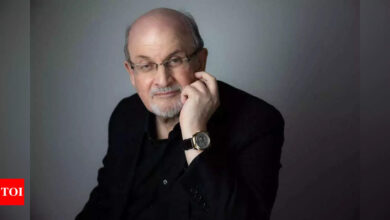 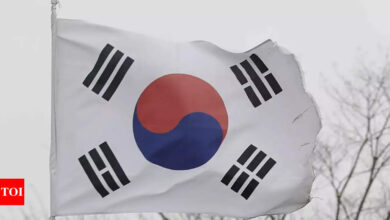 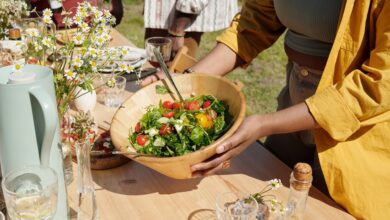 Lower your risk of dementia with these food and activity choices