Most recent World of Warcraft expansions have started off with tight scripting, lots of storylines, and a bit of an upset on the rails. Dragonflight seems to have remembered that this is an MMORPG and I should decide what kind of adventure I want to go on. As soon as you get off the boat to the vast, beautiful Dragon Islands, you’ll have access to minimal handholding and four large, exciting areas to explore. But at the same time, Dragonflight feels like a creative step back from the experimental – though not always successful – spirit of land of darkness.

There’s no denying that the new areas are downright gorgeous. The contrast between the volcanic wasteland and the verdant river valley in The Waking Shores is a spectacular opening to the expansion. And these languages ​​have some of the best side-quest writing I’ve seen in WoW in a long time. One of my favorite quests is to sit and listen to a red dragon, transformed into a humble dwarf, talk about all the regrets and pain of being banished from his homeland for 10,000 years.

Another one I love involves a slow walk with a tribe of centaurs to their sacred meeting ground, complete with a pit stop for a hunting competition. These heartfelt, memorable moments are truly World of Warcraft’s best. They seem to be here to cuddle tease you and remind you to take your time, simply exist in this beautiful world for a moment.

Unfortunately, these manual experiences will dry up after a week or two and you’ll be doing the same daily tasks over and over again waiting for the next patch to roll out, so it’s hard to do. to appreciate them. Overall WoW has done a great job in most of the expansions making the journey to the maximum level memorable and enjoyable. And if that’s all that’s needed, Dragonflight will knock it out of the park. But as a live-action MMO, WoW constantly struggles to maintain that level of engagement for me in the weeks and months ahead, and Dragonflight really isn’t any exception.

Where Dragonflight really tries to spread its wings, figuratively and literally, is in the design of the new Dracthyr Evoker class. And I have to admit, they’re pretty cool. Capable of flying and race-specific, dragon-themed attacks like Deep Breath let you scream from the sky and burn your enemies in flames before they even know what hit. they. It is simply wonderful. However, both the Damaged Destruction and Heal-focused Conservation specs have too much combat ability to use appropriately and can feel very chaotic and disorienting to play. Especially compared to WoW’s ultimate hero class, the simply enjoyable Demon Hunter, Evokers is a bit over-engineered.

However, where Dracthyr can glide, the new dragon riding system allows all of your characters to soar. Zooming in on the panorama at three times the speed of WoW’s traditional “flying” mount, I felt like I could never go back to that old system. It feels incredible as you soar, glide and dive around with a palpable sense of momentum and physicality that WoW often lacks. The dragon riding challenge courses with cosmetic rewards for the best time easily became one of my favorite parts of this expansion. Though I find it a bit too easy to buy gold on all of them, leaving me little reason to go back.
However, I’m not a huge fan of how these dragons control mouse and keyboard. They seem to be begging for controller support, which has been rumored for a long time but never actually appeared.

Dance of the Dragon

The main story, so far, doesn’t really wow me like the side quests. If you haven’t followed all the lore outside of the game leading up to Dragonflight, you might be a little confused as to why you’re even here in the first place. There’s some tension between the main good guys, but it’s pretty empty. The new villains, the primordial dragons and their humanoid minions, the Primitives, have yet to give the impression of being particularly complicated or interesting villains. At least there seems to be some sort of succession crisis going on in Black Dragonflight that promises to provide interesting backstory.

Eight new dungeons are relatively simple and unremarkable, the highlight of which is Nokhud’s Assault, in which you use your dragon riding skills to fly around and intervene in a battle that takes up a large part , certain of the Ohn’ahran Plain region. They seem to have been designed to avoid the problem of scavengers insisting on odd routes that bypass most of the trash battles by exploiting level shapes, which is a big problem in Shadowlands. But overall, these dungeons are just… meh. On the plus side, the new Mythic+ season will bring back four dungeons inherited from Pandaria Mist. Keeping things fresh by allowing us to revisit some of the best content in WoW’s 18-year history is unquestionable, and I hope they keep up the good work.

The new dungeons and raids are relatively unremarkable.

The first raid, the Vault of the Incarnates, didn’t really take my breath away either. There are some interesting and hard-to-learn mechanics: one encounter involves a council of elemental wizards who must be killed near-simultaneously in Molten Core’s classic Core Hounds fight, while Another encounter involves a giant rock elemental that must be tricked into destroying its own damaging tower with a smash attack. The complexity of the battles is almost in line with the normal mode and the visual design of the bosses is quite strong, but I don’t find the vault itself interesting in terms of art or its overall theme – especially especially when you compare it to something like the Shadowlands’ first attack, Castle Nathria. There’s nothing particularly remarkable about any of the individual arenas and I don’t even know who most of these idiots are! However, it is worth noting that at the time of this writing, I have yet to watch the final battle with Razageth.

The new crafting system is probably the best ever in WoW’s history, with different material quality and different results for the finished product based on your skill level and progression selection. When I made myself a Level 5 leather pants, I knew that all of those bad guys’ stats were high because my Leatherwork skill was much higher than the recipe required, because I specializes in leather pants, and because I have chosen to use only the finest bear donkeys in their production. Though I suspect, since you can get the most out of everything in the end, this particularity fades as the expansion lasts longer.

The problem is, it’s still very raw. Dragonflight has tried to be more respectful of our time by giving us less daily tasks, even with the standard “daily” tasks resetting once or twice a week instead of every other day. 24 hours. But for crafters, you still have to farm monsters in the afterlife for dozens of hours just to craft an epic set of gear, in fact the new Spark of Ingenuity item only lets you Create one set of equipment each week. This would be the perfect place to plug into something like the Maw region of the Shadowlands or random solo dungeons in the spirit of Torghast. Or turn them into rewards for doing repeat dragon riding challenges! Whatever skill-based, instead of forever farming the same unchallenged mob like me in Purgatory. Come on Blizzard, I beg you. It’s not 2004 anymore and this is not a good game.

Each WoW expansion is ranked best to worst. Dragonflight isn’t included because we won’t really know where it lands for several years.

I could hear the cry, “Choreghast!” ready. But there must be a happy medium somewhere here. Most solo players like me should be able to have those kinds of features available to us without making players who don’t like them feel compelled to do them constantly. Blizzard may allow us to use our progress in what I will call “premium solo content” as an alternative, not a supplement, such as other ways to increase earnings. our weekly vault. You can run this random Hades-style dungeon with collectable, temporary power-ups or do Mythic+, but no one right do all. It sounds like a win-win.

Or, even better, they could turn it into an efficient way to grow things like Awakening elemental ingredients, as a substitute for obviously worse how to play play podcasts, zone and raise mobs in the world, or fly around looking for piles of dirt for hours on end. In particular, things like Torghast make me feel heard as the type of player that is often not a priority in the admittedly difficult balancing act Blizzard has to play to please so many players. . Does it need more iterations? Of course. But Dragonflight is utterly miserable in my eyes for not providing an equivalent. Cutting out things like Covenant Sanctum, quest boards, and having to keep track of 200 different currencies is wise. But they cut too much here. 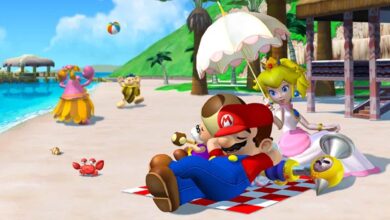 The best games to play for the hectic summer 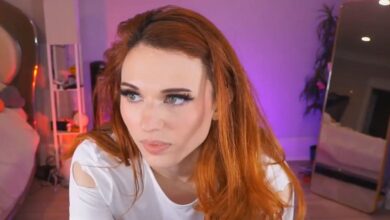 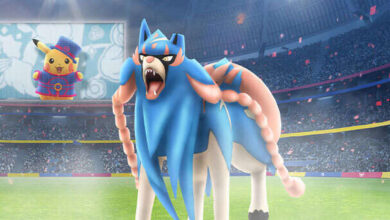 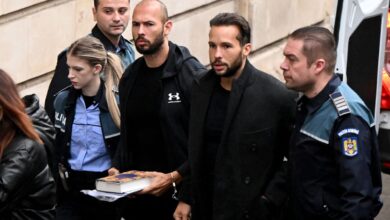